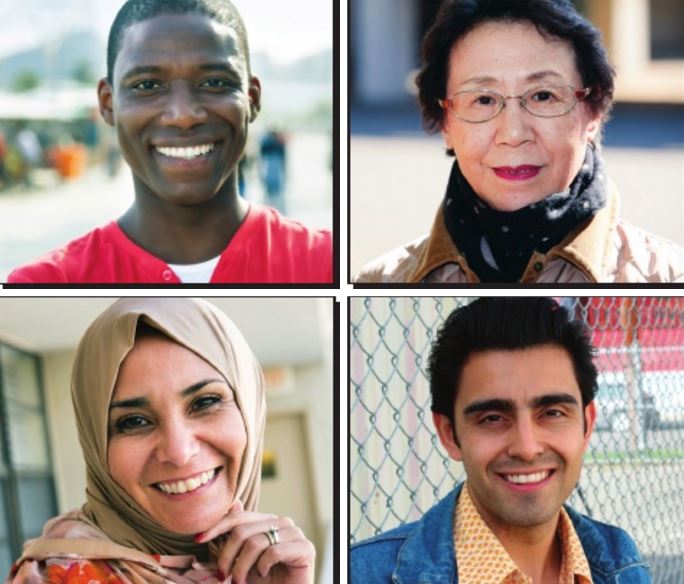 A new study from the N.Y. State Comptroller’s Office profiles the state’s immigrant population. The importance of immigrants to New York State is set out in the first sentences of the report:

As of 2014, New York was home to nearly4.4 million immigrants, second only to California. These individuals constituted approximately 22 percent of the State’s total population of over 19 million, well above the national figure of 13 percent. In the past five years, over 5 million people have immigrated to the United States either on a temporary or permanent basis, with approximately 631,000 taking up residence in New York State.

New York’s immigrants come from 150 different nations. Outside of New York City, Long Island has seen the largest net increase of immigrants of any metropolitan area in the state:

Long Island also has a higher proportion of immigrants than the average nationwide, reflecting a vibrant and growing economy: 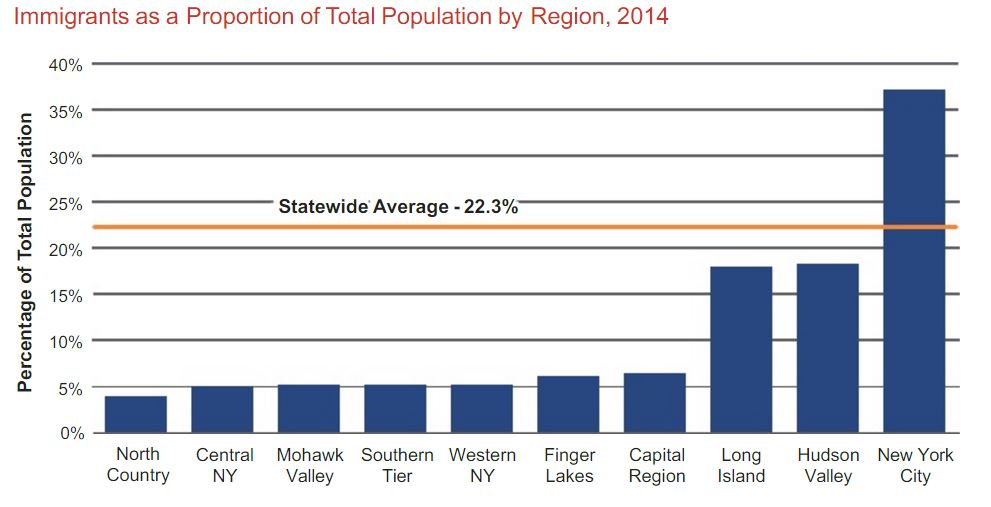 Representing almost a quarter of New York’s population, immigrants reside inevery region of the State and represent every region of the world, contributing to the rich diversity of cultures, backgrounds, skills and experiences that helps make our State strong. While most of the immigrant population is concentrated downstate, immigrants also play an important role in stabilizing populations in upstate cities.With over 73 percent of immigrants in New York over the age of 25 having a high school education or higher, and nearly 48 percent having completed some college, immigrants are helping to maintain and grow the skilled work force that is necessary for a strong economy. Immigrants also have a high rate of employment in New York and work in a variety of industries, contributing to New York’s diverse workforce. In addition to their economic roles as workers, consumers, employers and taxpayers, immigrants add to the social and cultural vitality of communities throughout the State.