But one of the most important reasons for why we need immigration reform is because it’s the humane, and spiritually moral thing to do.

This was the topic of discussion on Friday’s “Faith and Immigration Reform” forum, part of the “Growing a Diverse Long Island” series of forums that Long Island Wins co-hosts alongside the Long Island Civic Engagement Table and Noticia. A strong crowd gathered at the Islamic Center of Long Island in Westbury to join the interfaith discussion. 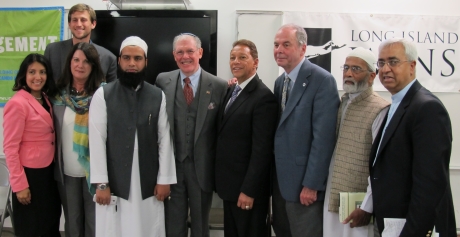 “You are to treat the resident alien the same way you treat the native born among you—love him like yourself, since you were foreigners in the land of Egypt,” read Bob Keeler, former Newsday columnist and moderator for the forum, quoting a Bible verse.

The immigrant experience is strongly connected to religion. Regardless of whether an immigrant is of the Jewish, Muslim or Christian faith, these religions are all tied together by the tradition of Abraham, who himself was a migrant.

“Most of the congregants throughout all of the mosques on Long Island are immigrants,” said Mufti Mohammad Farhan, PhD, of the Islamic Center of South Shore. “And if you look back through the Islamic history, the basis and foundation of the Prophet Muhammad, his journey was also through migration.” 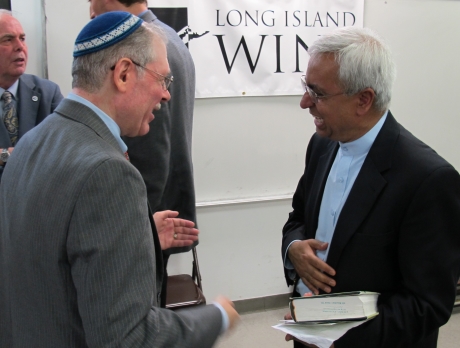 “We are all one family,” said Rabbi Menashe Bovit of the Bellerose Jewish Center. “Our religions are all part of the Abrahamic tradition. And people need to remember who they are. Everyone is an immigrant. We need to get away from the idea of ‘I’m an American and you’re not.’”

Here on Long Island as well as around the country, there has been a lot of misinformation as to whether immigrants – undocumented or otherwise – contribute to American society, and if they are like you and I, working to provide a better life for their families. This is an issue that can only be solved by the collective efforts of all Americans through education.

“We need to spread awareness that undocumented immigrants aren’t just workers,” said Mufti Farhan. “They are our neighbors. They are here to give, they are part of society, they are students, and they are part of the future of our nation.” 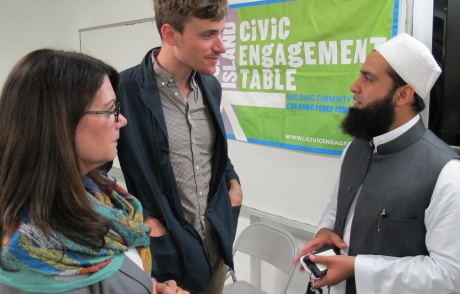 “Nobody on this planet is illegal,” said Apostle Carlos Luis Vargas of the Freeport Bible Center. “They might be undocumented, but they’re not illegal. They are two different terms with two different meanings. Immigrants are not a burden to society. They contribute to society. If all of the undocumented immigrants left this country, I don’t know who would be able to support the economic base of this country.”

“We can definitely make a change,” said Mufti Farhan. “A few good individuals are enough to change a society. A small group of people can create significant awareness for this issue.”