On Tuesday, fifty immigrants and their supporters held a press conference to denounce the new “Public Charge” rule being pushed by the Trump administration. “We expected fifteen people, but we got three times that many,” said Ivan Larios of the New York Immigration Coalition, who helped orgqaanize the event. 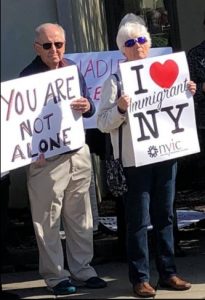 The new rule was supposed to go into effect on October 15, but it was blocked by three Federal District Court injunctions. Cheryl Keshner of the Empire Justice Center in Central Islip said “the Trump administration’s public charge rule is a cruel attempt to frighten, demonize and further marginalize immigrants. As a result, many families in our community have been foregoing essential services, such as healthcare and food assistance,  even when they should be eligible.  These tactics of fear and divisiveness hurt us all as a community and are bad for our health. With this court victory, we hope people will feel safer obtaining the help that they need.” 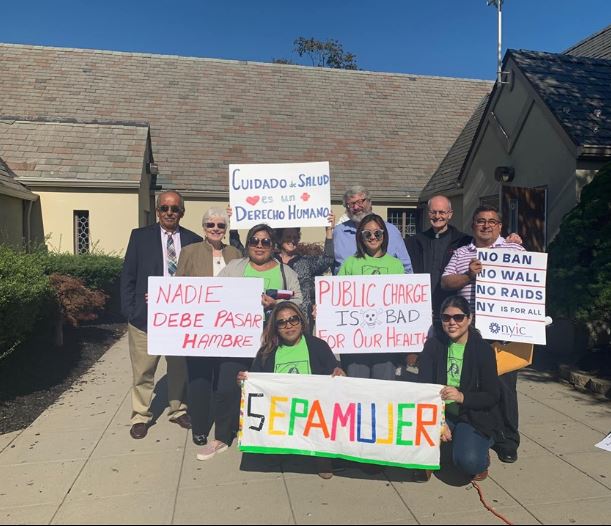 DuWayne Gregory, the Suffolk County Legislature Presiding Officer, said that “we have already seen how new federal policies are pushing immigrants into the shadows and creating a fear-based environment. The proposed public charge rule change threatens the well-being of even more immigrants. This strikes at the heart of the values we hold dear as a nation built by immigrants and a county as diverse as Suffolk. We need to make sure that we put in place the safeguards required to ensure that immigrants secure the benefits they need to live here which includes having a right to expect that they and their children will be safe.”

Dulce Rojas of Sepa Mujer spoke at the press conference at Miraculous Medal Church in Wyandanch said “we are happy with the turn of events with the court, but the administration iintended to prevent people from obtaining life-saving benefits and intended to block people from becoming legal residents. All of the organizations here are fighting against these racist policies.”

I spoke on behalf of the New York Immigration Coalition and told the audience that “Trump’s effort to block working class immigrants from coming here is completely out of step with America’s traditions. American was built by the sweat of native-born and immigrant labor, and not by the wealthy.” 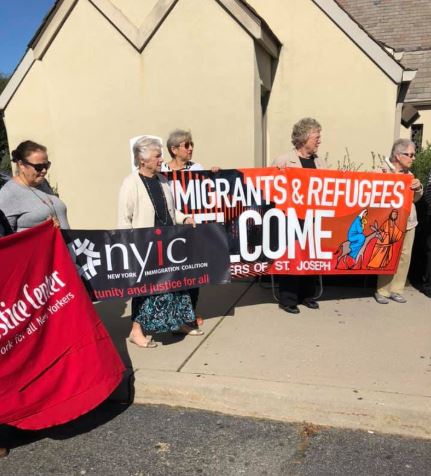 Father Bill Brisotti, the pastor of Miraculous Medal Church said that “70% of the people who participate in this church are immigrants. They bring so much culture to this parish and Long Island.”