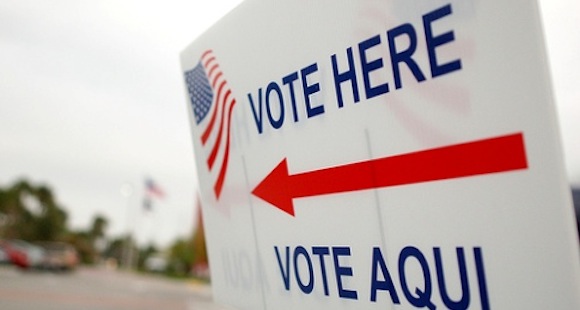 Many people continue to believe that citizenship for 11 million undocumented immigrants will create 11 million new Democrats. A recent report developed by Partnership for a New American Economy proves this to be a false assumption. Turns out, Latino votes—and the votes of all immigrants—are really up for grabs.

For the average Latino voter, key issues range from education and healthcare to religion and small business ownership. The report breaks down the political and social leanings of Latinos to view what the Latino vote could mean if immigration reform was passed. It shows just how diverse Latino opinions can be.

The Latino Vote Swings Republican
It’s well known that religion is a value shared by many Latino voters and Republicans. While 32 percent of young native-born Latinos, between 18 and 29, rank religion as very important, 41 percent of immigrants in the same category believe religion is very important. Latino voters born in the United States also tend to favor more socially conservative stances than their native-born counterparts.

Despite the religious principles that would incline many Latino immigrant voters to vote Republican, this has not been the case. The report points out that native-born voters who attend church tend to vote Republican 63 percent of the time, yet for immigrants it is only 51 percent.

An earlier report from Partnership for a New American Economy also showed that many immigrants are more likely to start small businesses than their native-born counterparts. Business-friendly values are another selling point of the Republican Party. But there is a crucial issue that Republicans continue to ignore: immigration reform.

The Latino Vote Swings Democrat
For the past couple of elections, the Latino vote has favored Democrats. However, that voting trend is far from secure.

So far, the Latino block has voted based on who is moving on the issue of immigration reform. Jeremy Robbins, executive director of Partnership for a New American economy, points out that right now the Latino vote is based on immigration because immigration remains the “gateway issue.”

A gateway issue is an issue that first engages an individual in politics. This explains why many Latinos, both native-born and immigrants, have typically aligned with Democrats. However, this alliance is not likely to last if substantial action is not taken to pass immigration reform. Many Latino advocacy organizations were already upset with President Barack Obama because of the lack of action on immigration reform in his first term. While his recent administrative relief program has appeased many immigration advocates, the Democratic Party will need to secure those changes legislatively in order to secure the Latino vote.

The Latino Vote in 2016
The Latino vote did not have a strong influence in the 2014 midterm elections because major battles did not take place in states with a large Latino vote. However, this will not be the case in 2016. The Latino vote is growing in most states, most notably swing states such as Ohio and Florida. Both Democrats and Republicans pushed immigration reform to the backburner because they were so focused on the 2014 elections and did not want to alienate non-immigrant, non-Latino voters. However, if either party wants to win in 2016 they will need to take a more active stance on passing immigration reform and incorporate a more pro-immigrant stance into their party platform.

The Latino vote is far from secure. The presidential elections of 2008 and 2012 went poorly for the Republican Party because the nominees at the time believed that immigration reform was an issue they could ignore. This year there are a large number of Republicans considering running for president and many of them have been proponents of immigration reform.

While the Democratic Party has shown itself to be strongly in favor of immigration reform, they will need to take more action and make good on their political claims. Immigration reform is likely to continue to be the gateway issue for many migrant voters. Whichever party takes favorable actions on this issue will determine who carries the Latino vote in the near future.