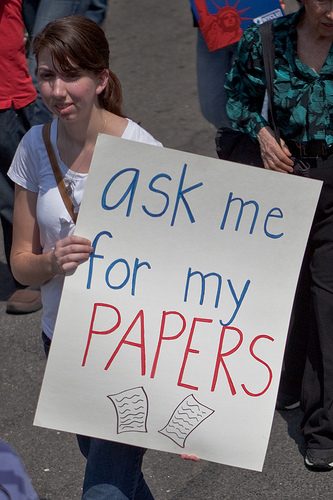 Funny thing about strict constructionists, they only want to strictly construe when it is in their interest.

Alabama’s anti-immigrant law is the subject of three lawsuits. One, by the federal government, says Alabama is violating the Constitution’s grant of the immigration power to Congress by creating its own immigration laws. A second suit, by a coalition of churches, says Alabama’s prohibition on giving aid to undocumented immigrants interferes with the 1st Amendment’s right to the free exercise of religion. The churches say that the law interferes with their ability to provide charity to the needy, regardless of legal status, since charity is mandated by the Bible and many other religious texts. Translation: Alabama wants to make Christian charity a crime.