Immigration reform was immediately placed on the Congressional agenda following the victory of President Obama on Election Day. Conservatives who had blocked immigration reform for the last four years suddenly saw the light and put forward their own proposals. Two bills may be voted on during the lame duck session of Congress. Both disappointing and probably won’t be passed.

The Achieve Act is a watered down conservative version of the DREAM Act. To be eligible, an immigrant must have entered the United States by the age of 13, two years younger than under the DREAM Act. The young person will then be granted temporary status but will not be placed on a path to citizenship. This bill seems to cater to big business’s need for immigrant workers and conservatives’ dismissiveness of immigrant voters. It is not worthy of support.

A second bill would grant visas to immigrants who have degrees from American colleges in the fields of engineering and the sciences. Sounds fine until you realize that the conservatives want to take more than 50,000 visas away from a program promoting immigrant diversity to “pay” for these new green cards. So, overall there is no increase in immigrant visas under this proposal. Both this and the Achieve Act are merely smokescreens and should not be taken seriously. 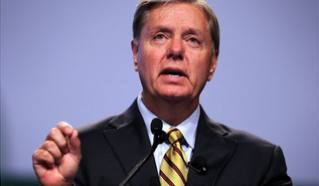 Real immigration reform will begin in January when Senators Chuck Schumer and Lindsey Graham are likely to unveil their bipartisan immigration package. Talks are already underway in the House of Representatives on a bipartisan bill there as well. Involvement by President Obama in crafting and selling any reform will be necessary for real reform to happen.

Please call Senator Schumer and tell him you support a progressive immigration reform bill that includes a path to citizenship for all undocumented immigrants who demonstrate that they are not a threat to the United States. Call (202) 224-6542 and let him know that there is a solid constituency for immigration reform.