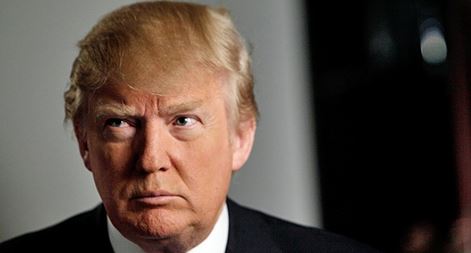 The MIT Media Lab is tracking social media and the 2016 elections. By looking at the subject matter contained in Tweets, MIT is hoping to see what Americans view as the central issues of the election. As you might imagine, immigration has been high on the list of things Americans are Tweeting about. Although immigration has traditionally been a secondary issue in presidential elections, recently 18% of all election-related Tweets have been about immigration. “But,” says the Washington Post, “tweets on immigration soared to almost 60 percent of the election-related Twitter conversation after Donald Trump’s statements about a potential ‘softening,’ his visit to Mexico and then his address on the topic Wednesday night in Phoenix.”

According to the Washington Post, “Clinton followers (Twitter users who follow Hillary Clinton and no other presidential candidate) seemed particularly eager to discuss the issue: Since Aug. 23, the immigration portion of their conversation leaped 14 percentage points over the August average, while for Trump followers it jumped only 9.5 percentage points.”

Incredibly, the Twitter surge on immigration is continuing even as Labor Day weekend arrived. 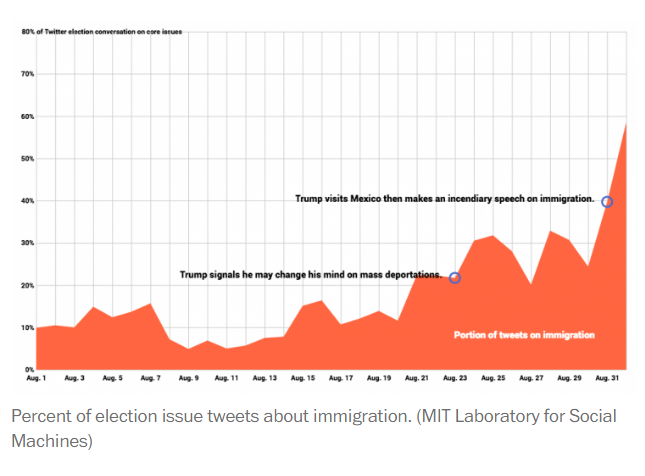