A World on Fire: Britain’s Crucial Role in the American Civil War
By Amanda Foreman, published by Random House (2011) 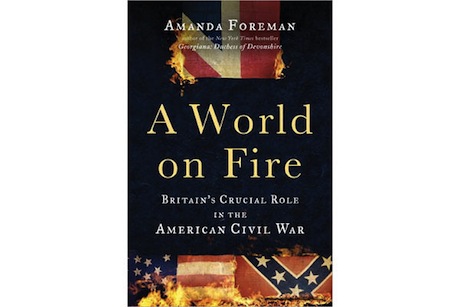 Amanda Foreman’s first book, Georgiana: Duchess of Devonshire, which was made into the Keira Knightley film The Dutchess, turned Foreman into one of the hottest popular history writers in the English-speaking world. Her second book, A World on Fire: Britain’s Crucial Role in the American Civil War delivers a narrative based on intensive scholarly research, and confirms her as an excellent writer.

Some readers may be discouraged by the book’s more than 1,000-page length, but be assured Foreman uses only as many words as it takes to tell the story. A World on Fire is one of the most readable books written during first year of the Civil War Sesquicentennial.

The book looks at Britain’s role in the Civil War, something which has been done in both general histories and specialized studies many times before. But Foreman takes us beyond the diplomatic struggles that are familiarly told elsewhere and looks at the role of British immigrants and adventurers in the war. She tells the stories of immigrants who took up arms in the North to defeat slavery, and of the British aristocrats, whose families had lost their own West Indian slave plantations during Britain’s emancipation years earlier, and who were heading to the South for one more crack at keeping slavery alive.

The book is filled with riveting stories of the Herculean efforts of British consuls in the US to aid British subjects caught up by the Confederate draft or kidnapped by Yankee recruiters and sold into the army. This is an aspect of the war that almost never finds its way into the history books.

The author also does a creditable job describing the widespread sympathy for the Confederacy among the English upper class, even though Britain had been a leader in the international movement against the slave trade. Wealthy Brits convinced themselves that the Confederacy would end slavery soon after independence and that supporting the South would speed emancipation. Foreman makes this flight of self-interested fancy almost understandable. 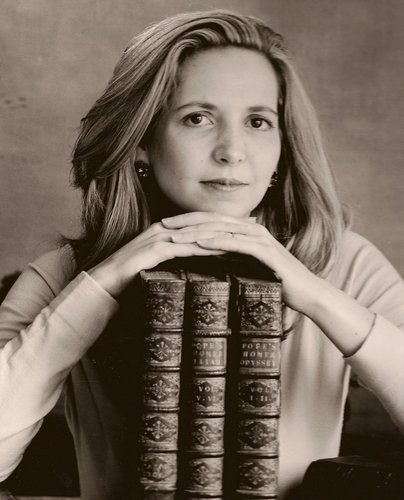 Northerners were so suspicious of British sympathies that some Englishmen in the free states tried to pass themselves off as Irish to escape harm!

Foreman runs into a major problem with the scope of her book, however. She does not just want to cover the English role in the war, but more generally the British role. Here she does not always succeed. Most—and by most I mean 80 percent—of former “British subjects” living in the United States in 1861 were Irish, and she does not seem to know what to do with them.

In roughly half of Foreman’s mentions of the Irish, they are either drunk or rioting. She introduces New York’s Fighting 69th regiment as the “Infamous” 69th” without giving us any idea that it was only infamous to supporters of British royalty. Since the Irish immigrant played the most decisive role in the war of any group born within the British Empire, she should have given them more than a cursory, and at times deprecating, reference. She provides depth as to why upper class English aristocrats fought for the Confederacy, but gives barely a mention to the cause of the Irish migration to America, likely because it would be embarrassing to her English readers. Her one mention of conditions in English-occupied Ireland is the assurance by a British aristocrat that slaves in the South were no worse off than Irish peasants.

Foreman also runs into problems in assessing why Britain did not intervene formally on the side of the Confederates. Her analysis is too geared to the personalities of British leaders; instead she might have better explained the structural limits on British power. Britain was the strongest military power in the world in 1861, but it did not command hegemonic power in Europe. France and Russia were aggressive rivals and Prussia was on the rise.

In addition, she does not take the exposed position of the worldwide empire into proper account. What the British called the Sepoy Mutiny—in fact the First Indian War for Independence—had only ended three years before the start of the Civil War. The uprising had shaken British rule on the subcontinent. The viciousness of the British reconquest, which was marked by the massacre of Indian prisoners, was an indication of how alienated the rulers and the ruled were from each other in the jewel of Queen Victoria’s crown. Moving British forces from India to Canada in a quixotic campaign to make the American South safe for slavery might have reignited the Indian liberation struggle.

Foreman might have also wanted to devote more attention to the wily decision by Britain’s capitalists to shift cotton cultivation to India and Egypt. The Union blockade severely damaged the British textile industry by denying it access to its central resource. By 1863, cotton may still have been king, but its throne was no longer in the American South. The British ruling class became less sympathetic to the South as it became less dependent on Southern cotton. British foreign policy did not just emerge from the decisions of Lords Palmerston and Russell, but also from a shifting economic reality engineered by British capital itself.

The author also makes a few minor errors on military aspects of the war and other facts, but these are not too distracting. Hopefully they will be corrected in future editions.

None of these criticisms should dissuade you from reading A World on Fire. The book is long, but it rewards the reader with excellent storytelling, new insights into the British-American relationship, and an awareness of the unheralded role of British immigrants in the American war.