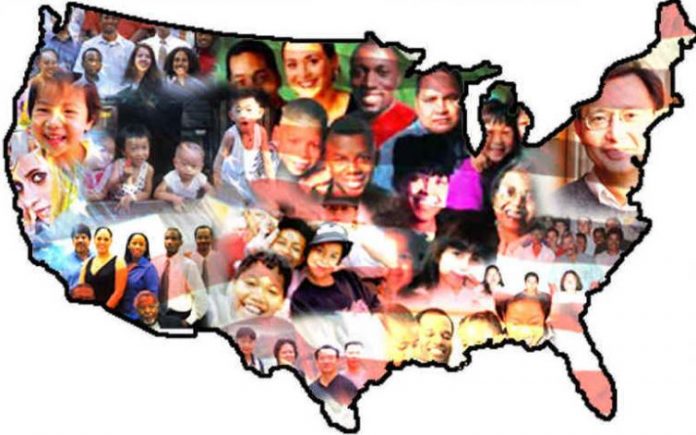 538 reports that while Europe and Japan have aging populations, the United States is “staying young” because of immigration:

No matter who wins next Tuesday’s election, the president who takes office next January will be among the oldest ever elected. (Donald Trump, at 70, would be the oldest president ever elected to a first term. Hillary Clinton, who turned 69 last week, would be the second-oldest after Ronald Reagan.) Perhaps that’s appropriate — the country they are hoping to lead is getting older too. When Bill Clinton took office in 1993 at age 46 — making him the third-youngest president ever — 12.6 percent of Americans were at least 65, the traditional retirement age. Today 14.8 percent are. And by 2050, that figure is expected to rise to 22.1 percent.

The aging of the U.S. population poses major economic challenges: rising healthcare costs, more retirement spending and, crucially, fewer working-age Americans to help pay for it all. Already, economists believe, the graying of America helps explain the slow economic growth of the past decade-plus. The problem will only get worse as more baby boomers leave the workforce.

But by global standards, the U.S. is in pretty good shape. In parts of Europe, more than 20 percent of the population is of retirement age; in Japan, it is 26 percent. Those countries have the same challenges as the U.S.: a large generation born after World War II that is now at or approaching retirement, and a steep decline in fertility rates. But the U.S. has something they don’t have: a high rate of immigration.

You wouldn’t know it from this year’s overheated campaign rhetoric, but immigration is the only thing keeping the U.S. from facing a Japan-style demographic cliff. At a time when aging and other factors mean that fewer Americans are working, immigrants — who tend to come to the U.S. during their working years and have a higher rate of labor-force participation than native-born Americans — play an increasingly important role in the U.S. workforce. Foreign-born U.S. residents made up 13.1 percent of the population in 2014 but 16.4 percent of the labor force, up from 10 percent two decades earlier. Immigrants help the economy in other ways too: They are more likely than native-born Americans to start businesses, and because they pay into Social Security but only receive benefits if they stay in the country permanently, they help ease the U.S.’s long-run fiscal burden.

Perhaps just as importantly, immigrants are the reason the U.S. has a relatively high birth rate compared to other rich countries. Americans, like their counterparts in Japan and western Europe, are having fewer children. But that decline has been partly offset by the comparatively high fertility rate among foreign-born residents. A report from the Pew Research Center last week showed just how big that effect is: Immigrants account for the entirety of the increase in the number of annual U.S. births since 1970. Without them, the annual number of births would have declined.