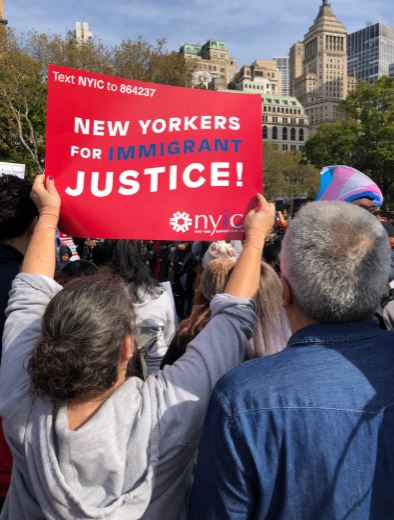 Nearly five hundred immigrant rights supporters rallied at Battery Park in Manhattan in sight of the Statue of Liberty to call for continued legal protections for DREAMers. The Trump administration announced the end of the DACA program that allowed DREAMers to live and work in the U.S. two years ago, but court orders have kept the program in place. On November 12 the Supreme Court will hear oral arguments on whether the injunction prolonging the program’s life should be lifted.

The rally was a kick-off for a two-week-long walk by 200 marchers from New York City to the Supreme Court that will culminate in a mass rally outside of the Supreme Court. The New York Immigration Coalition is offering free bus transportation from Long Island to the rally. Buses will be leaving in the middle of the night. If you want to reserve a seat, SIGN UP HERE.

Manhattan Representative Jerry Nadler told the crowd, “You can’t punish someone who was two years old when they were brought to this country.” New York Attorney General Tish James said that “we firmly believe that DACA and TPS are legal and needed programs.” She is suing the Trump administration over ending DACA because, she said, “People who call this country home have every right to remain here. Young people who live work and study here should not have to fear deportation.” 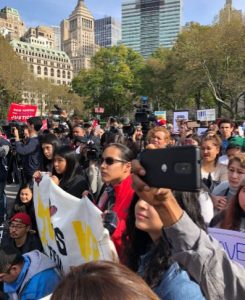 At the conclusion of the rally, 200 marchers headed to the docks to take the ferry to New Jersey, beginning their long walk for immigrant justice. 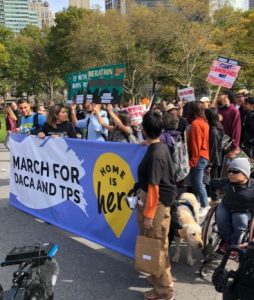