Refugees from El Salvador and Guatemala did not receive the same protections as other people fleeing persecution during the 1980s. Support for changes in Immigration and Naturalization Service (INS) behavior towards people displaced by the persecution in those counties came first and most consistently from the religious community. Churches and synagogues from across Long Island invited CARECEN’s staff to meet with their congregations about the moral dimension of sheltering the refugee and about proposals in Congress to make the adjudication process fair. Some congregations decided they wanted to go further than just lobbying Congress. 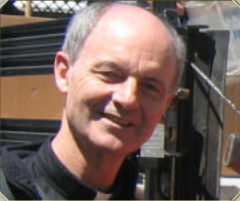 Father Bill Brisotti was an early and consistent supporter of the Sanctuary Movement on Long Island.

A national movement of churches and synagogues was developing in the mid-1980s that set itself in clear opposition to the government’s abuse of Salvadorans and Guatemalans. Called the Sanctuary Movement, it relied on Biblical injunctions to provide shelter to the dispossessed. Hundreds of people on Long Island became involved in this effort. They joined congregations around the country that decided to shelter a refugee family in defiance of the practices of the INS.

The commitment and generosity of these deeply religious people inspired us. I was privileged to speak at a conference of Sanctuary workers at Westbury Friends Meeting House. One hundred and twenty years earlier the Quaker house had hosted fugitive slaves transiting on the Underground Railroad. Now it welcomed the conductors on the new “Overground” Railroad. These Sanctuary supporters risked much out of their faith in God and their love for their fellow humans. All expressed a heart-felt desire for justice.

Sanctuary involved an open contravention of the Reagan administration’s support for death squads in Central America and its maltreatment of refugees here in the U.S. This defiance would soon have serious consequences for those who stood up for justice.