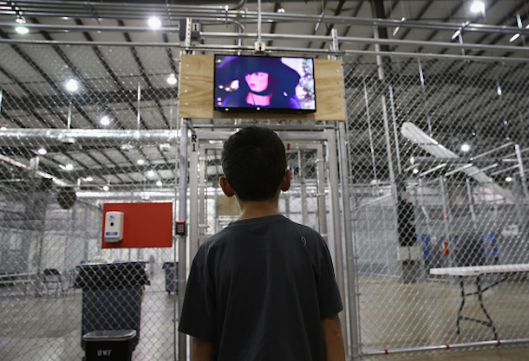 On Monday, the Department of Homeland Security (DHS) announced that it is studying whether the use of private prisons for immigration detainees “should be eliminated.” Six-out-of-ten immigrants detained by Homeland Security are held in for-profit prisons. Corrections Corporation of America and GEO, the two corporate prison companies, have become major supporters of anti-immigration reform efforts in recent years.

The Justice Department announced that it would be phasing out its own use of private prisons earlier this month.  This apparently led to the reconsideration at Homeland Security. The corporate detention centers have been the focus of criticism for years from immigrant communities and human rights groups.

The reexamination announcement follows the details of a recent deal between Homeland Security and Corrections Corporation of America (CCA) coming to light. Two years ago, DHS bypassed the normal contracting process to award a billion dollar, four-year deal to build a massive detention center for newly arrived Central American refugee children and their parents.  The 2,400 bed facility is located in Dilley, Texas.

“For the most part, what I see is a very expensive incarceration scheme,” Rep. Zoe Lofgren (Calif.), the former chair of the House Immigration and Border Security subcommittee told the Washington Post. “It’s costly to the taxpayers and achieves almost nothing, other than trauma to already traumatized individuals,” she said.

In a statement issued Monday, Rep. Raúl Grijalva of Arizona said “This step is a tacit admission that the corporations who profit by locking up desperate adults and children undermine our decency as a nation.” Congressman Grijalva has repeatedly criticized human rights abuses at the nation’s privately run immigration jails.