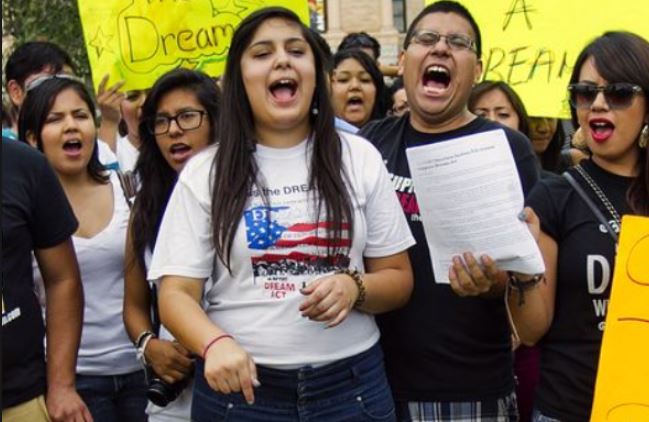 Last night the Department of Homeland Security announced that it is accepting renewals for DACA again, pursuant to a court order issued in California on Tuesday. According to the announcement:

Due to a federal court order, USCIS has resumed accepting requests to renew a grant of deferred action under DACA.  Until further notice, and unless otherwise provided in this guidance, the DACA policy will be operated on the terms in place before it was rescinded on Sept. 5, 2017.

No new applications for DACA from those who had never been granted before will be accepted, however, those people whose DACA expired on or after September 5, 2017 will be able to renew. Here is what the announcement says:

If you previously received DACA and your DACA expired on or after Sept. 5, 2016, you may still file your DACA request as a renewal request.  Please list the date your prior DACA ended in the appropriate box on Part 1 of the Form I-821D.

For those whose DACA expired before September 5, 2017 without a renewal being filed, Homeland Security is allowing for a new initial filing for DACA. This means that rather than only filling out the renewal sections of the DACA application, the complete application must be filled out and supporting documents must be submitted to show eligibility. The notice from Homeland Security says:

If you previously received DACA and your DACA expired before Sept. 5, 2016, or your DACA was previously terminated at any time, you cannot request DACA as a renewal (because renewal requests typically must be submitted within one year of the expiration date of your last period of deferred action approved under DACA), but may nonetheless file a new initial DACA request in accordance with the Form I-821D and Form I-765 instructions. To assist USCIS with reviewing your DACA request for acceptance, if you are filing a new initial DACA request because your DACA expired before Sept. 5, 2016, or because it was terminated at any time, please list the date your prior DACA expired or was terminated on Part 1 of the Form I-821D, if available.

Both CARECEN and Catholic Charities will reopen on Tuesday after the Martin Luther King Holiday, and they can be reached at:

Here is a link to the USCIS info page on the DACA Renewals development.

Lawyers are advising those with DACA whose cards have expired or will expire before August, 2018, to file for renewals as soon as possible. While Homeland Security is currently accepting renewals, this situation may change soon.

Those whose DACA expires after July of this year should file to renew six months before the expiration date on their cards.

Those needing financial assistance to pay the DACA fee should click this link.