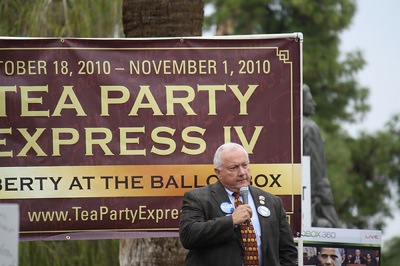 If the group collects 7,756 signatures by May 27, a recall election for Pearce’s seat could occur as early as this fall.

From the Arizona Star:

According to the paperwork filed with the Secretary of State, the petitioners are seeking to recall Pearce on the grounds that his “overt disdain for the United States Constitution (is) indicative of his inability to govern.”

The action comes as two state lawmakers filed bills to challenge the citizenship of illegal immigrants’ children. The legislation aims to establish that an Arizona citizen must be a U.S. citizen, and would define a U.S. citizen as someone who is born in the United States and has at least one parent who is a U.S. citizen or a U.S. naturalized citizen.