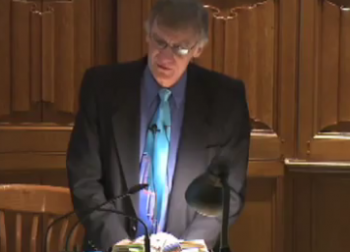 David Blight is one of our finest historians of the Civil War era. His course at Yale on the Civil War would cost you $4,000 to take, but you can watch it online for free by clicking this link.

Blight, the author of the seminal work on Civil War Memory, Race and Reunion, begins in 1845 with a thorough examination of the causes of the war, gives a detailed description of the military history of the conflict, and provides an overview of post-war Reconstruction. The course is great. You’ll love it.

Here is the first lecture: