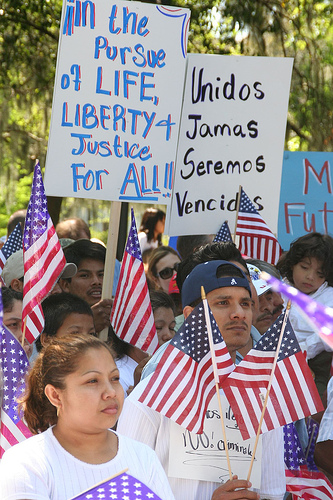 Yesterday, a federal judge blocked implementation of parts a new Georgia law that were patterned on Arizona’s SB 1070.

The provisions require immigration checks on people stopped by the police who cannot identify themselves and provides tough penalties for anyone who houses or drives an undocumented immigrant. District Court
Judge Thomas Thrash wrote that those two sections of the law were preempted by federal law.

The judge allowed implementation of a mandatory E-Verify program requiring employers to check the immigration status of new hires against a federal database.