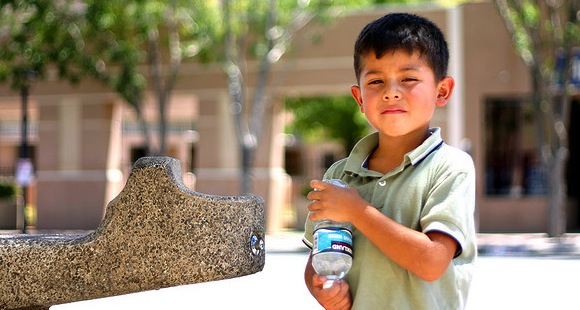 It’s an easy rumor to believe: there have been reports that the recent influx of unaccompanied child arrivals to the U.S. is being fueled by misinformation about possible changes in U.S. immigration policies.

There’s a problem with this thinking, though: it’s false, according to a group of experts who spoke with reporters yesterday. Simply put, there are a lot of countries besides the U.S. that have been receiving an influx of refugees.

In a conference call organized by the Center for American Progress, Leslie E. Vélez, senior protection officer at the United Nations High Commissioner for Refugees (UNHCR), said the U.S. is not the only country that has seen a massive surge in children and families fleeing their home countries. “The numbers are alarming,” she told reporters, saying there’s been a 712 percent increase in asylum applications in countries outside the U.S., including nations like Panama and Nicaragua that are not generally the focus of refugees.

“Mexico is building its own asylum system,” she added, in response to “an overwhelming number” of children arriving.

The vast majority of unaccompanied child arrivals reaching the U.S. have come from Honduras, El Salvador, and Guatemala, where gangs, drugs, and murder have reached record highs.

Last week, President Barack Obama’s administration asserted that the surge was not related to misinformation relating to Deferred Action for Child Arrivals (DACA) or other policy changes.

Vélez confirmed that yesterday. She said UNHCR recently interviewed 404 child arrivals, asking open-ended questions about their reasons for fleeing to the U.S. Only nine, she said, mentioned anything to do with U.S. policy reform or the way the government handles child arrivals.

“These kids see no future for themselves here, and neither do their parents,” said Erica Dahl-Bredine, Catholic Relief Service’s country representative for El Salvador. The bus lines in El Salvador, which children must ride to get to school, have become heated battlegrounds for rival gangs. Children as young as 10 years old are forcibly recruited into gangs. Dahl-Bredine said, “There are far more gang members than police officers.”

Wendy Young, executive director, Kids In Need of Defense, said that as many as 10 percent of children fleeing violence do not even have relatives in the U.S.

Young noted that, “The danger doesn’t end just because they cross the border.” With DHS officials overwhelmed, her organization is “quite concerned with who they are being released to,” noting that normal procedures such as fingerprinting and other checks are being skipped for the sake of expediency.