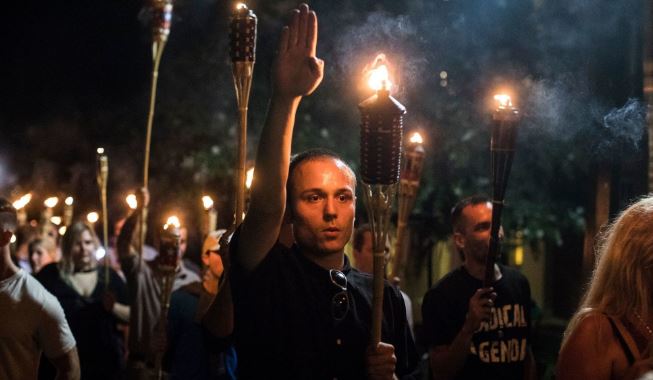 Anyone looking at the horrible mass murder in New Zealand last week can reach the understandable conclusion that the terrorist was a hater of Muslims. You would definitely be right. Of course he was Islamaphobic, but the manifesto he wrote is a white nationalist document. At some points in it the terrorist actually implies that Islamic civilization is superior morally to what he considers a degenerate Western civilization.

He also claims to have no objection to Muslims living in non-western countries. His manifesto is not a ‘crusader” document, it is a white nationalist document (which includes a deadly antipathy towards Muslims on racial grounds). In the manifesto he views non-white immigration as the existential danger to the white race. This is the notion of “Replacement Theory” that is in the title of his manifesto, “The Great Replacement.”

Because the media does not want to confront the broader danger of white nationalism; Trump’s Wall, the Muslim Ban, the Synagogue shooting, the denigration of “shithole countries”, and this attack in Christchurch seem unconnected since the targets are Latinos, Muslims, Jews, Haitians, Africans. Can’t be related, right? But if you read sites on the far-right dark web you know that when the terrorist wrote about immigrant “invaders” he was referring to non-whites more broadly than about only Muslims.

When Neo-Nazi demonstrators in Charlottesville chanted “The Jews Shall Not Replace Us,” They don’t mean that Jews will eliminate non-Jews and replace them with other Jews. They mean that Jews intend to replace whites with non-whites. Again, “Replacement.”

Not many people heard of this theory before the internet brought us online fascism. Lauren Southern, whom you likely never heard of, has been a leading propagandist for “Replacement Theory.” She warns Americans of the dangers of immigration (Fun Fact: Lauren is Canadian) and claims that whites will soon be replaced by more colorful people. Lauren’s is a very dangerous underground that likely is small, but extremely deadly.

If you want to explore the cracked ideology of the Replacements, this funny video lays out the facts in an engaging way.