On June 7th, our organization, ERASE Racism, held a benefit reception at The Garden City Hotel in honor of our 10th anniversary.

At the event, we honored several outstanding leaders on issues of race and civil rights. Among those was Ruth J. Simmons, the president of Brown University, who we recognized for her lifetime commitment to racial justice.

“Inequality in education is the civil rights issue of our generation,” Simmons said at the event. “Unequal treatment in many areas can be overcome, but inequities in education can have life-time ramifications.” 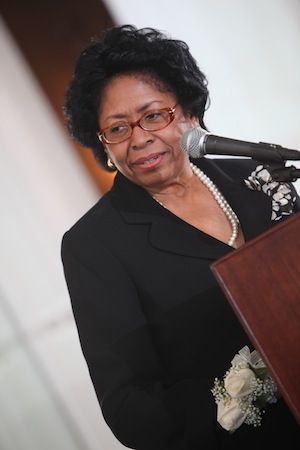 After accepting this year’s Abraham Krasnoff Courage and Commitment Award, Simmons spoke to more than 350 Long Islanders about her journey as the granddaughter of slaves in the Deep South to become one of the most respected educational leaders of our time. She reflected on the educational inequities that deny such opportunities to black and Latino students in racially segregated areas such as Long Island.

Howard A. Glickstein, the dean emeritus of Touro Law School, also received the Krasnoff award for being an exemplary champion for racial justice during a career in civil rights law that spans half a century. Glickstein spoke about the importance of providing a high-quality education to all students, and the dangerous effects of teaching students in a racially segregated environment. He was also kind enough to mention a recent column that I wrote for Newsday:

“I hope you all will read Elaine Gross’s outstanding op-ed piece in Newsday that…graphically describes how Long Island’s segregated school districts cheat black and Latino students,” he said during his opening remarks. “Elaine explained that because she is African-American, she risks being accused of playing the ‘race card’ by pointing all of that out. I hope I will not be accused of playing the race card when I say our segregated schools and neighborhoods also cheat white students and families.” 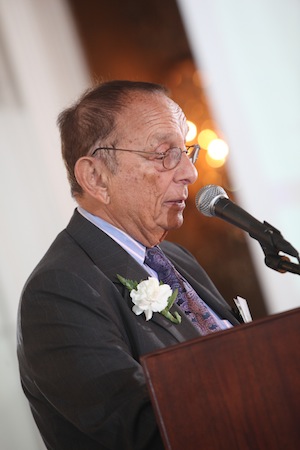 “We do damage to their hearts and minds when we educate children to merely be successful in an apartheid society…We do damage when we raise our children in an educational incubator where they develop false notions of racial and cultural superiority.”

Our anniversary celebration also made the case for the important role and responsibility that corporations have in achieving racial equity.

John D. Cameron, Jr., who received ERASE Racism’s Corporate Leadership Award, explained that after completing a 25-year sustainability plan, the Long Island Regional Planning Council, which he chairs, found that the number one strategy for the region has to be improving academic achievement and ensuring equal education opportunities for all students in the K-12 educational system.

“It is an issue that goes right to the heart of our sustainability, affordability, competitiveness and, yes, equity,” he said.

The Corporate Leadership Award was also given to Omni New York LLC, for its efforts to significantly increase quality, affordable housing on Long Island. Managing Director and former Major League Baseball player Maurice “Mo” Vaughn accepted the award. In his acceptance speech, Vaughn spoke about his Major League Baseball days and the experiences that he had working with teammates from all over the world. After elaborating on the important bond that the team members developed, he concluded, saying, “there are tremendous examples every day that there doesn’t need to be racism in this world.” 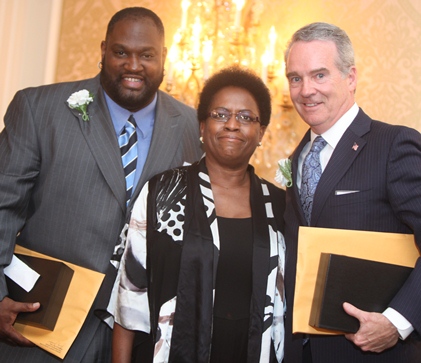 While it came as no surprise that all of the honorees felt passionately about the urgent need for equity in education, I was struck, however, by the number of guests who also agreed that something must be done to fix Long Island’s severely segregated educational system.

Through our Education Equity Campaign, ERASE Racism has been in contact with many Long Islanders who see the problem, but continue to support the status quo out of fear of change. It was encouraging to be surrounded by so many regional leaders who, like ERASE Racism, are convinced that creating equity and racial integration in the Long Island’s public schools is the only option that will ensure success for all students.