Across the nation, this has been a week of action. We at Long Island Wins along with our allies across the nation have been reaching out to our elected officials to let them know that we want immigration reform and we want the passage of the New York State Dream Act.

On Thursday, Long Island Wins, Long Island Immigrant Students, Advocates Make the Road New York, Long Island Jobs With Justice and SEPA Mujer came out to Suffolk County Community College for a “Coming Out of the Shadows” event in support of students that have been struggling to attain an education because of their immigration status. 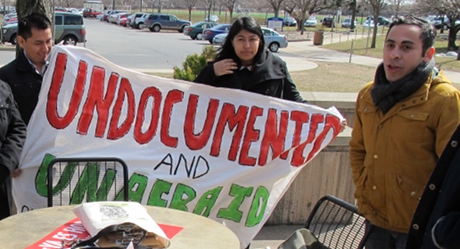 “Today, DREAMers and parents are coming out of the shadows to show the urgency for comprehensive immigration reform,” said Osman Canales, founder of Long Island Immigrant Students Advocates. “Last year, President Obama enacted the Deferred Action program. But that is not enough. That is not a solution. The solution will be immigration reform that will keep families together, and will let those already here to live here without fearing deportation. That’s why today we’re sending a clear message to our Long Island legislators to do what’s right for our community and our country.”

It is largely expected that the Senate’s “Gang of Eight” will propose its immigration reform bill within the coming weeks, likely in early April. The House of Representative is also working on its own proposal. 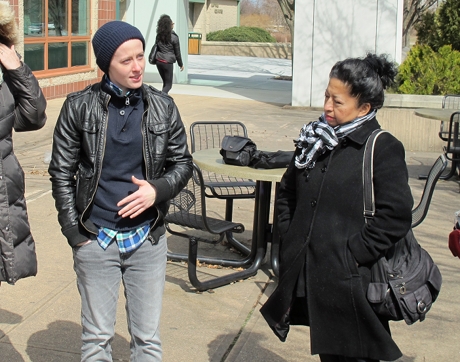 “We want to send a message to our elected officials that we’re here, we’re undocumented, but we’re not afraid,” said Anita Halasz, organizer with Long Island Jobs With Justice.

This week, organizations around the country have been organizing mass call-ins to elected officials to show support for immigration reform.

Local advocacy groups have also been reaching out to officials to push for the passage of the New York State Dream Act, which has been sitting on the table for far too long. Use this time of action to also reach out to Governor Andrew Cuomo to urge him to include funding for the NYS Dream Act into his budget.

We are closer than ever to finally having comprehensive immigration reform.