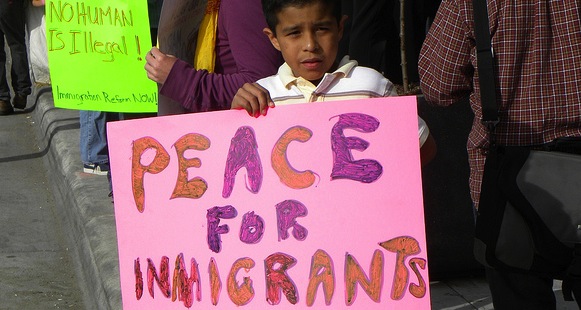 Democrats, led by Sen. Charles Schumer of N.Y., have given House Republicans a deadline to pass immigration reform: Aug. 1. If Congress does not pass a bill before then, they say, President Barack Obama will take matters into his own hands.

“They have about a six-week window, from June 10 after the last Republican primary until the August recess. If they don’t pass immigration reform them, the president will have no choice but to act on his own,” said Schumer, according to The Hill. Schumer is one of the Gang of Eight that wrote the immigration reform bill that passed that Senate last year but has yet to be voted on in the House.

House Speaker John Boehner has repeatedly said that most Republicans are hesitant to pass legislation because they don’t trust the president to implement an immigration bill.

In response, Sen. Harry Reid earlier today offered to make 2017 the effective date for any such reforms. “If they don’t take our offer, then we’re going to have to go to the second step, which is not my preference,” Reid said, according to Roll Call. “Administrative rules cannot trump legislation but we’re going to have to do what we have to do as we proved with DACA.”