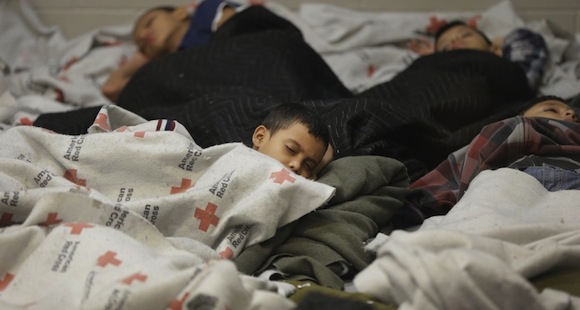 An analysis of data and information from a wide variety of sources proves that the growing surge of children crossing the border into the U.S. is driven primarily by violence, and not by policy or lax border enforcement.

Republican and conservative groups have blamed President Barack Obama and programs like Deferred Action for Child Arrivals (DACA) for the current humanitarian refugee situation. But a study by Tom K. Wong, an assistant professor of political science at the University of California, San Diego proves what Long Island Wins wrote last month, which is that the primary driver for this surge in child migration is poverty and violence in their home countries.

The bulk of children seeking refuge in the U.S. are fleeing Guatemala, El Salvador, and Honduras. These countries suffer from severe poverty and some of the highest murder rates and the worst gang violence in the world.

Wong looked at data from the U.N. Office on Drugs and Crime (UNODC). He cross-referenced the number of homicides and homicide rates by country with the number of children arriving in the U.S. each year. He also examined data on security levels in Latin America compiled by global business advisory firm FTI Consulting.

Both sources show a direct relationship between the levels of violence and the number of child arrivals, as illustrated in the chart below. 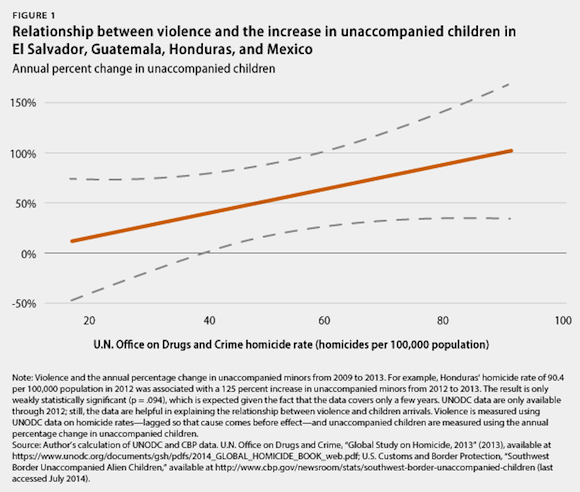 Many opponents of Obama and immigration reform have claimed that DACA, an executive order that went into effect August 2012, is responsible for some if not all of the surge. But data from Customs and Border Protection (CBP) reveal the growth rate began long before DACA was announced. Between 2008 and 2009 the number of child crossing the border jumped from 8,041 to 19,668—a 145 percent increase—and has continued to rise since.

Claims that a lack of border security is contributing to the situation also don’t hold up against data. Since Obama took office in 2008, funding for Border Patrol has increased 52 percent, from $2.3 billion to $3.5 billion. Total spending on CBP is at $18 billion—more than all other federal law enforcement agencies put together.

The graph below shows the increase in spending on border protection against the rise in child arrivals. 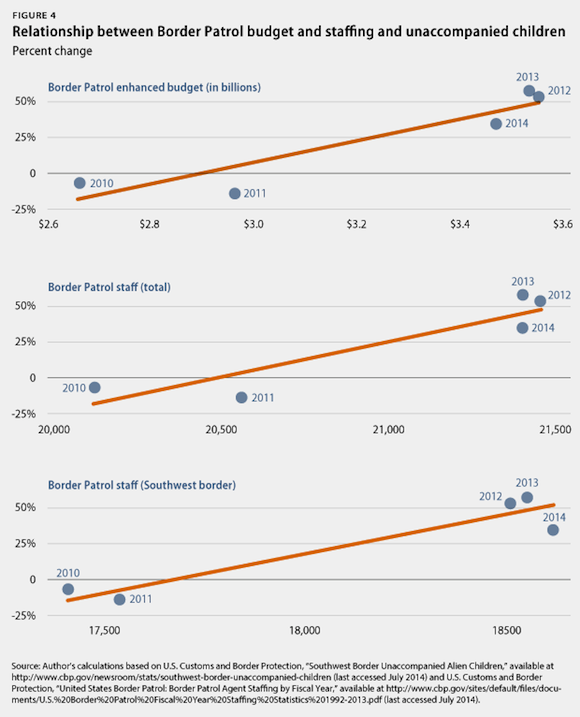 Now, Obama is asking Congress for an additional $3.7 billion to further ramp up border security in light of the growing humanitarian refugee situation. However, as the data shows, the rise of children at the border is occurring independently of U.S. action and policy, which supports the notion that the “push factor”—violence in their home countries—is vastly more influential than any supposed “pull factor,” including the potential for legalization.

In fact, the U.S. is not alone in experiencing a surge of refugees from violence-torn nations. Michelle Brané, director of migrant rights and justice for the Women’s Refugee Commission, said other Central American nations such as Nicaragua, Coast Rica, Panama, and Belize have experienced a 712 percent increase in asylum claims. This is supported by an independent report from the United Nations High Commission for Refugees (UNHCR).

Unfortunately, House Speaker John Boehner has insisted that any vote for comprehensive immigration reform in the U.S. will not happen this year. As such, Obama has vowed to use executive action to “fix as much of our system” as possible within his legal authority. But focusing on border security and expediting the return of children and families to their home countries will fall far short of solving the humanitarian refugee situation we are now facing.