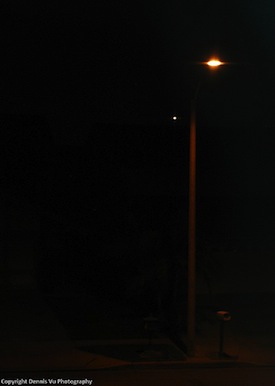 Back in December 2009, Long Island Wins covered an effort by the Long Island Civic Participation Project to increase public safety in the Village of Hempstead by fixing broken lights and improving bus service.

The group diverted their attention to other safety issues in early 2010, but the problem of broken lights and safety still persists, as Newsday’s Aisha Al-Muslim points out in a recent article:

Burned-out streetlights in parts of Hempstead Village have left stretches of roads dark for months. The lack of light invites crime into the area, some unnerved residents and the police chief say.

Pedro Reyes, who’s lived in the village for 20 years, said he looked out his window while washing dishes a few months ago and saw a man getting beaten by four others right under a streetlight that had been out for almost two months.

The assault might have been deterred if the light in front of his house had been working, he said. Reyes, 51, added that he helped translate for the Spanish-speaking victim when the paramedics arrived.

“Streetlights are very important because you don’t have muggings during the daytime, you have them at night,” he said.

Other residents of darkened streets in the community of almost 54,000 worry about their safety. So does Village Police Chief Joseph Wing.

“We have seen more crime where lights are out or trees have grown over it,” Wing acknowledged.

While it’s great to see Newsday out covering serious community issues, it’s strange that the article doesn’t mention the Long Island Civic Participation Project’s two-and-a-half-year campaign to increase public safety in the village, a campaign that has been a driving force bringing attention to the problem. Two of the group’s members are quoted in the article—one identified as such—but the campaign itself isn’t referenced.

Back in October 2010, Long Island Wins produced an investigative series looking at the lack of Spanish-speaking police officers in Hempstead, a series also inspired by the work of the Long Island Civic Participation Project.