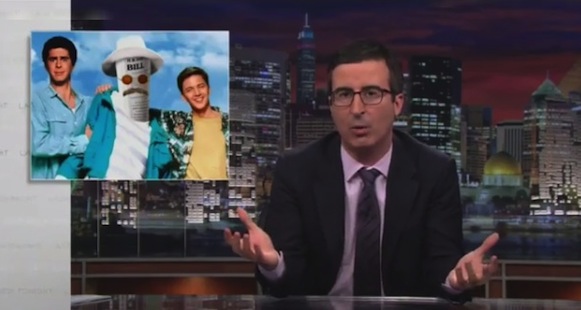 In a world where Americans learn more about politics from faux pundits like Stephen Colbert than from actual news sources, it should come as no surprise that the issue of immigration reform in the U.S. was insightfully summed up earlier this week by John Oliver.

In his latest episode of “This Week Tonight,” Oliver, who like Colbert is a “Daily Show” alum, lampooned critics of immigration, made a mockery of those who claim Eric Cantor’s defeat means the death of reform, and skewered Rep. Steve King and other Republicans for what he called “undocumented opinions.”

This is not the comedian’s first time addressing the issue. On an episode of “CBS This Morning,” Oliver, who is British and holds a green card, described the process of emigrating to the U.S. as “hellish.” This, he noted both then and again on his show, is remarkable given that he has “been through the immigration process under the best possible scenario.”

You can watch the full monolog below.