This is the third installment of The Immigrants’ Civil War.

Before he even became a citizen of the United States, Carl Schurz was the Republican nominee for lieutenant governor of Wisconsin. He was such a recent immigrant that all of his major speeches were given in his native German language. As unlikely a candidate as he seemed, Schurz lost the election in 1857 by only 107 votes.1

The young refugee was a hero to the many Germans who had settled in Wisconsin. Less than a decade earlier, when he was a 19-year-old student, Schurz had joined in the revolutionary movement of 1848.

Schurz and his comrades had hoped to replace autocracy with democracy. He went into exile when the revolt was crushed and the Prussian government sought his execution, but he became famous when he risked all to return to Germany to try to free the German intellectual Gottfried Kinkel.

Schurz’s plan was worthy of James Bond. He snuck into his homeland in disguise, used invisible ink to hide his messages, and, after having Kinkel lowered 60 feet by rope from the roof of Berlin’s notorious Spandau Prison, sped off with his prize in a carriage that arrived just as Kinkel landed on the ground. To top it off, Schurz and Kinkel found that the inn they had picked as a safe house was the scene of a police celebration on the night of the escape. Secure in their disguise, Schurz had the police treat him and his fellow radical to drinks!2 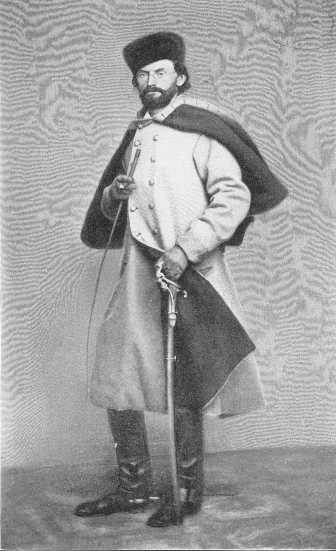 Carl Schurz at the start of the Civil War

Carl Schurz returned to exile in England where he met his future wife Gredel when he was 22 and she was 18. He wrote later that he was struck by her “radiance of sunshine,” saying he was attracted by her “beautiful features and her large, dark, truthful eyes.”3

The relationship was cemented a short while later when they took a long walk in which the two unburdened themselves through a pouring rainstorm. They were so caught up in each other that they did not realize until they got home that the dye in Gredel’s green hat had run in the rain and that her face had turned green!4

They decided to marry, but Schurz insisted that after their wedding they immigrate together to America. He knew that the exile couple could live for the rest of their lives in England, but that they would always be considered strangers there.

“Under such circumstances I could not feel at home,” he wrote. “What I am looking for in America is not only personal freedom, but…full legal citizenship.” He also yearned for a sense of being part of his adopted country.5

By 1858 he was becoming well known in Midwestern liberal circles and he was introduced to Abraham Lincoln while riding on a train to hear Lincoln debate Stephen Douglas in the Illinois Senate contest. Years later he would recall meeting the future president:

I must confess that I was somewhat startled by his appearance. There he stood, overtopping by several inches all those surrounding him. Although measuring… over six feet tall myself, I had to throw my head backward in order to look into his eyes… His lank, ungainly body was clad in a rusty black dress coat that should have been longer. His black trousers, too, permitted a very full view of his large feet… I had seen in the West several public men of rough appearance; but none whose looks seemed quite so uncouth, not to say grotesque.6

Lincoln immediately engaged in consultations with the German immigrant. He complemented Schurz, a self-described “young beginner in politics” by asking him his opinions on the great issues facing the republic. Schurz recalled that Lincoln “talked to me in so simple and familiar a strain and his manner was so absolutely free from…pretention to superiority that I soon felt as if I had known him all of my life.”7

Schurz would soon become a key bridge between the rising Lincoln and the growing German electorate.