The rally for immigration reform on Saturday in Brentwood is being written about elsewhere on this blog, so I won’t go into a description of the event or a recounting of the speeches. I just want to spend a moment talking about my reaction to it.

I went to the rally wondering if it was going to have the air of a funeral about it. After all, the media consensus is that immigration reform is dead. I worried that many folks would be so discouraged that they would not even bother to show up. When I got to Ross Park in Brentwood I was very pleasantly surprised. Dozens of people were there, many in their organizational t-shirts and carrying banners. It was a bright and lovely day, and far from looking like a group of mourners, the folks there looked like they were celebrating a family reunion.

No one there said that were giving up on immigration reform. They demanded that President Obama use his full powers to stop breaking up families through deportation and they insisted that the House of Representatives get to work on reforming our broken immigration system. Many people said that if conservatives hoped we would go away just because reform is extremely unlikely to pass this year they were completely wrong. Person after person told me that this is a multi-year struggle and that they will not give up.

I went to White Castle to get a burger right after the rally and I saw two young men circulating among the crowds of shoppers on Suffolk Avenue. They had just left the rally and were registering Latinos to vote as part of the next phase of the immigration reform campaign. At the rally I had spoken and I told the audience that CARECEN was providing free citizenship legal assistance which would allow immigrants to make their voices even louder in the national debate. Maryann Slutsky of Long Island Wins spoke of the importance of immigrant voting to gain respect for immigrant rights. Groups like New York Communities for Change and Make the Road will be doing a large get-out-the-vote effort to increase immigrant civic engagement even more.

The struggle for immigration reform was not buried on Saturday, it merely entered a new phase. 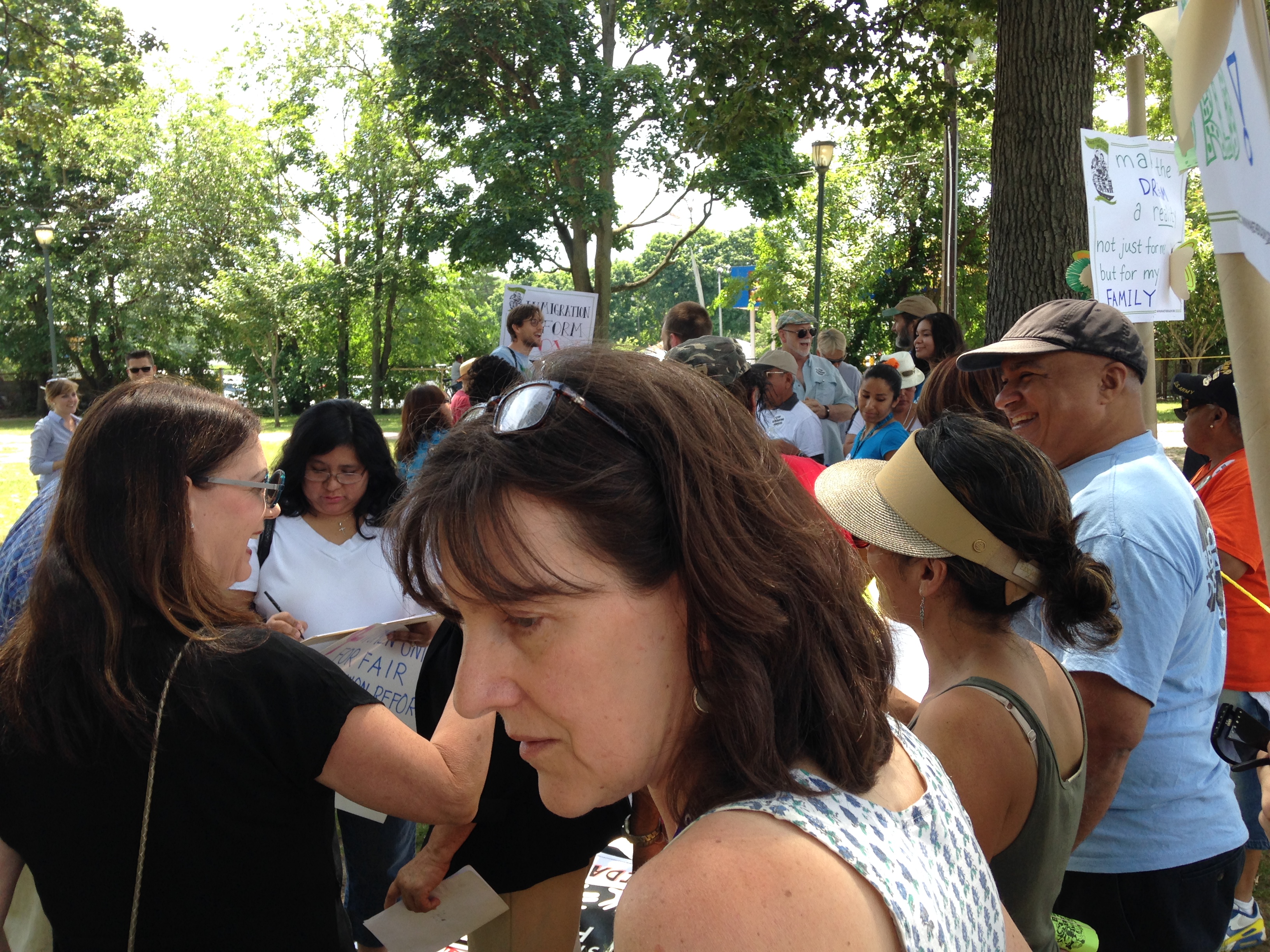