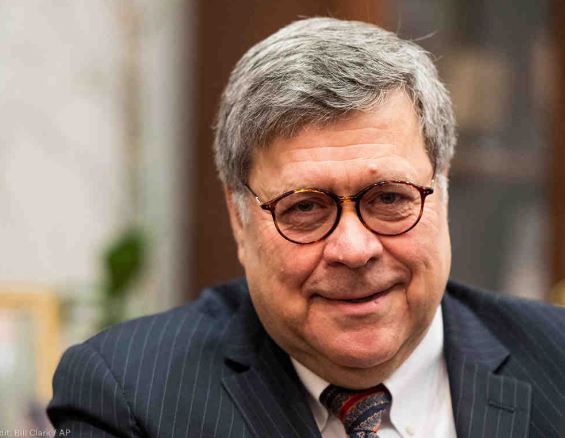 Anyone hoping that Barr would bring sanity to the Trump Administration’s decision to shut down the Federal government over The Wall was disappointed. While Barr seemed ignorant of prior funding of enhanced border security, he emphasized his support for the president in response to questions about The Wall. Taking a position in favor of shutting down the Justice Department may not be the best approach for someone who will soon be the boss of thousands of currently laid-off workers.

Although Barr admitted that it had been three decades since he had last visited a U.S. Port of Entry at the border, he repeated the unfounded claims of a lack of security along the frontier with Mexico that have become routine Trump talking points.

Barr was questioned by Senator Dick Durbin about statements he made a decade ago at the Miller Center at the University of Virginia in which he said that during his stint with the George H.W. Bush administration his border detention policies were shaped by political concerns over the California and Florida presidential primaries. Yesterday, Barr defended his statements such as this one “I did point out that the notion, what do you want me to do? You want 80,000 Haitians to descend on Florida several months before the election? Come on, give me a break.”

Barr was an immigration hawk long before opposition to immigration was a litmus test for conservatives. For example, after the verdict acquitting police officers in the beating of Rodney King, Barr made remarks that appeared to tie the riots to immigration policy. Barr also supported the implementation of Donald Trump’s Muslim Travel Ban in its most extreme iteration.