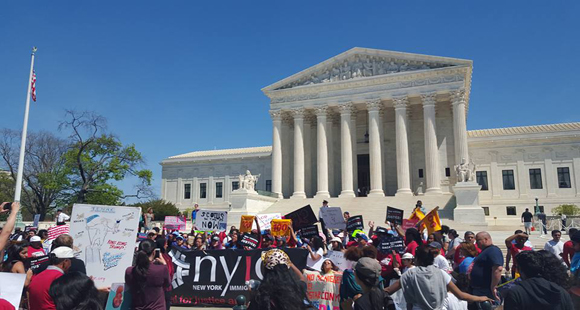 Hundreds of immigrant families rallied Monday in Washington D.C. in favor of the DAPA and DACA+ which would protect about five million undocumented immigrants from deportation. The programs were announced by President Obama in November 2014, but are on hold in Federal Court after a lawsuit brought by the state of Texas and other 25 states that argued the programs were unconstitutional.

But as the Supreme Court begins to hear the case this week, it is clear that the President and the Department of Homeland Security (DHS) have legal authority to set priorities and use limited resources to target serious threats to public safety.

According to the American Immigration Council:

The Supreme Court precedent on prosecutorial discretion in the immigration context is clear.  In the 2012 case Arizona v. United States, Justice Kennedy stated in the majority opinion for the Court that “a principal feature of the removal system is the broad discretion exercised by immigration officials.”

There also is ample historical precedent for executive branch action on immigration matters. Since 1956, every U.S. president since Eisenhower has taken executive action to grant temporary immigration relief to those in need of assistance.

A grant of deferred action does not confer any type of lawful immigration status, enforceable legal rights, or an ability to remain permanently in the United States.

The states’ argument that the government overstepped its bounds by rendering deferred action beneficiaries eligible to work ignores this fact. Beneficiaries of deferred action in other contexts—including but not limited to certain victims of domestic violence under the Violence Against Women Act, victims of human trafficking and certain other crimes who are eligible for “T” and “U” visas, and foreign students affected by Hurricane Katrina—have been eligible for work authorization since the late 1990s. 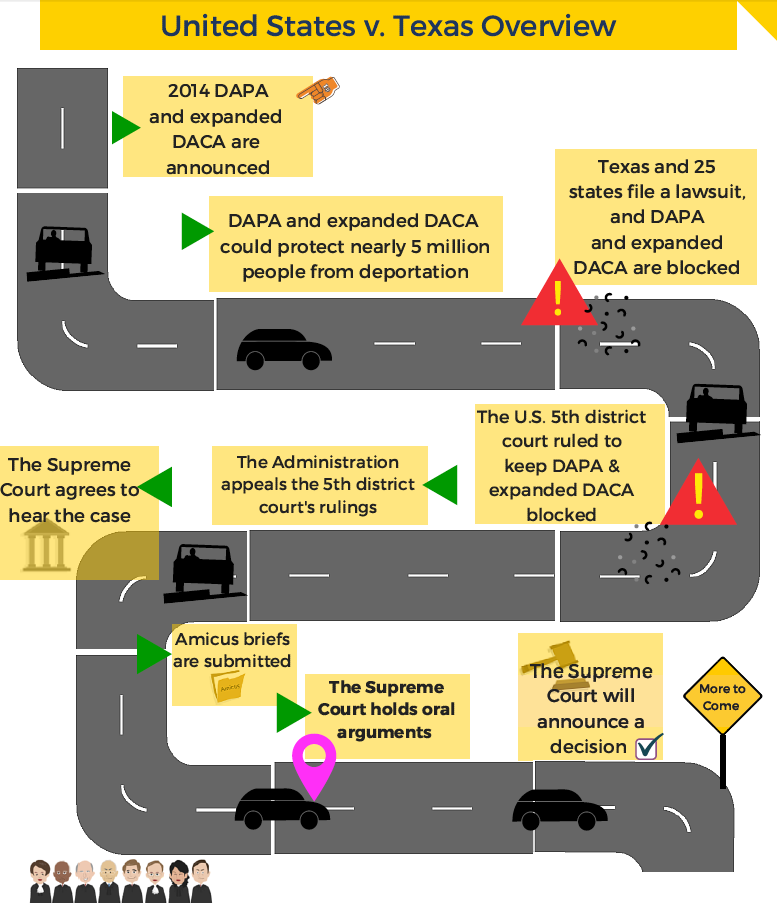