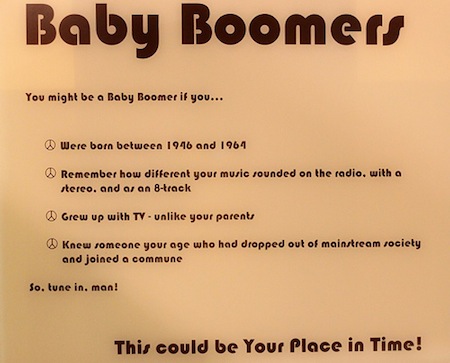 Non-profits are staring down a leadership crisis in the next five years, with baby boomers retiring and few qualified applicants to replace them, the Public News Service reports.

Very interesting stuff, although it makes me wonder if young people entering the non-profit sector are perhaps founding their own organizations, along the lines of the baby boomer generation, opposed trying to inherit existing organizations. Many non-profits on Long Island are closely catered to the leadership, so it follows that certain organizations might disappear as those leaders retire.

Either way it’s definitely a topic worth of consideration for anyone in the non-profit world.

To listen to the story on the Public News Service website, click here. See the story text below.

NEW YORK – Baby boomers, who flooded the nonprofit sector with leaders over the past four decades, are retiring, and experts are hoping the generational hand-off won’t be fumbled. A survey of 3,000 CEOs at nonprofit organizations found that 2,000 of them expect to leave their post in the next five years and 10 percent are actively considering their exit. Experts in the field are concerned about finding sufficient skilled replacements.

Anne Marie Thigpen, who trains nonprofit leaders, is worried about the departure of baby boomers who brought the passion and the idealism of the ‘60s and ‘70s to their work.

“The baby boomers have been the heart and the soul of the sector, but I also think – and I absolutely believe this – that change is good.”

Many nonprofits have been hit hard by the recession. On top of that, many CEOs say their boards of directors simply are not doing a good enough job of supporting them.

Rick Van Dyke recently retired after almost 40 years of working at five different nonprofits. He is concerned about a potential leadership shortage.

“Some new leaders are coming up through the ranks, but not enough to fill the jobs that are available. It is up to universities, as well as the not-for-profits themselves, to help prepare those who may be interested in becoming leaders.”

Thigpen says a new generation of leaders will bring advanced knowledge and expertise to the nonprofit world, but they probably won’t bring the collective impulse to change the world that motivated the young people who came of age in the 1960s.

“We need to somehow figure out a way to nurture that passion for programs and for issues, as well as the skill-based expertise that many of the young people bring.”

A hopeful sign is that some of the young people joining human service agencies in the near future will benefit from extra training, she says, since the recession-dampened job market prompted many to stay in school and go after advanced degrees.