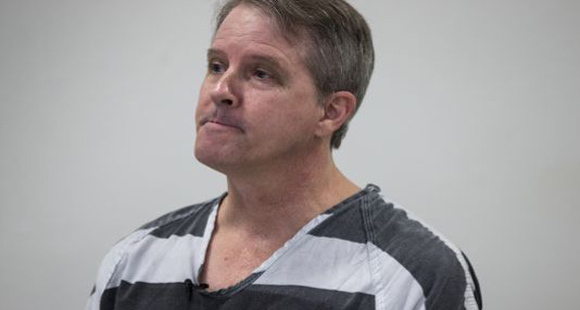 Well, another sad chapter in the history of the armed anti-immigrant movement wrapped up last month. Chris Simcox, the founder of the largest Minuteman group, was convicted of child molestation in Arizona.

Simcox, who was once the darling of Fox News, made a small fortune as the head of the Minuteman Project and the Minuteman Civil Defense Corps. In June he was convicted of molestation of a minor by a court that heard testimony from three of his own children that he had molested, or attempted to molest. Simcox was convicted of sexually molesting a five-year-old girl who lived next door to his daughters. A fifth girl also said she had been molested as well by the self-styled defender of American values.

In his heyday Simcox was closely affiliated with Shawna Forde, the head of Minuteman American Defense. He later disclaimed his associations with her when she was convicted of murdering a Latino man and his nine-year-old daughter, Brisenia Flores. Forde is on death row awaiting execution along with fellow Minuteman Gunny Bush.

This is not just a story from the borderlands. Simcox played a seminal role in the formation of radical anti-immigrant groups in Suffolk County. He was brought in fifteen years ago as a “Militia Consultant” to help establish an armed anti-immigrant group in the Farmingville area. One of the organizations he consulted with was the Sachem Quality of Life group, which provided much of the ideological direction to disgraced former County Executive Stave Levy. Simcox was also close to politicians like Sheriff Joe Arpaio and Congressman Steve King of Iowa who cherished the notion that Latinos could be pushed out of the United States with armed force.

I covered the rise of the Minutemen for Long Island Wins in my early days of blogging. While the armed militants of the anti-immigrant movement liked to depict immigrants as murderers and rapists, in fact the Minutemen themselves were much more likely to have committed crimes than were the immigrants that they sought to keep out. The fact that some Long Islanders found these criminals attractive political leaders speaks to a dark undercurrent on the anti-immigrant right in our own region.