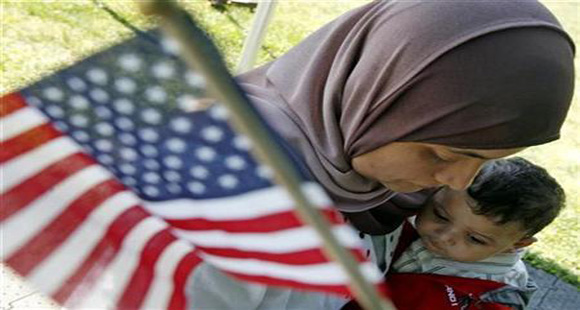 This morning, the Supreme Court allowed a section of President Trump’s Muslim Travel Ban to go into effect. The ban is directed at people who are citizens of six mostly-Muslim countries. These six are Syria, Yemen, Iran, Libya, Somalia, and Sudan. The ban can be reinstated 72 hours after the Supreme Court’s order. So, the earliest it can go into effect is on Thursday morning.

The Supreme Court said that most of those impacted by the ban in Trump’s Second Executive Order (EO-2) will not be covered by the reinstated order. Only those individuals without “any bona fide relationship with a person or entity in the United States.” The Court explains the type of relationship that it would consider bona fide:

The facts of these cases illustrate the sort of relationship that qualifies. For individuals, a close familial relationship is required. A foreign national who wishes to enter the United States to live with or visit a family member, like Doe’s wife or Dr. Elshikh’s mother-in-law, clearly has such a relationship. As for entities, the relationship must be formal, documented, and formed in the ordinary course, rather than for the purpose of evading EO–2. The students from the designated countries who have been admitted to the University of Hawaii have such a relationship with an American entity. So too would a worker who accepted an offer of employment from an American company or a lecturer invited to address an American audience. Not so someone who enters into a relationship simply to avoid [the Travel Ban]: For example, a nonprofit group devoted to immigration issues may not contact foreign nationals from the designated countries, add them to client lists, and then secure their entry by claiming injury from their exclusion.

According to the National Immigration Law Center (NILC), it would appear that the ban can only apply to tourist visas. In a memo from NILC this afternoon, the organization also says that during “their 4th Circuit court arguments, the federal government argued that their Muslim ban would only apply to pending visas, meaning that the order from SCOTUS should only apply to those who will apply for visas in the future.”

Analysts point out that while the Supreme Court’s language on who can be covered by the ban appears pretty narrow, the Trump administration can be expected to take an over-broad approach to enforcement.