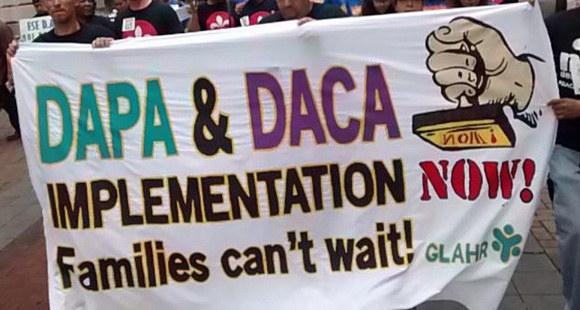 In a disappointing decision, the Fifth Circuit Court of Appeals in New Orleans, ruled last night against the expanded Deferred Action for Childhood Arrivals (DACA) and the Deferred Action for Parents of Americans and Lawful Permanent Residents (DAPA). The court denied the government’s request to remove the preliminary injunction that is stopping the programs from being implemented.

In February, a federal district court in Brownsville, Texas, issued a ruling temporarily blocking President Barack Obama’s administrative relief programs. The Department of Justice filed an emergency motion of stay pending appeal back in March to the Fifth Circuit Court of Appeals.

Last year, President Obama announced executive orders that included DAPA and the expansion of DACA. The deferred actions could benefit about 5 million undocumented immigrants with temporary relief from deportation and with temporary work authorization valid for three years.

Long Island Wins is confident that the programs will have a positive outcome when the Supreme Court reviews the case. The president’s program has deep legal precedent that will ultimately stand up to the scrutiny of the courts. We are confident that soon millions of immigrants across the country, including tens of thousands on Long Islanders will be able to apply for work permits through the deferred action programs and have the chance to live, work, and stay in the United States with their families.

This isn’t simply a lawsuit against president Obama. It’s a lawsuit against American kids and families including thousands of Long Islanders. These policies would improve their lives, create jobs, expand the economy and add billions to our tax coffers.