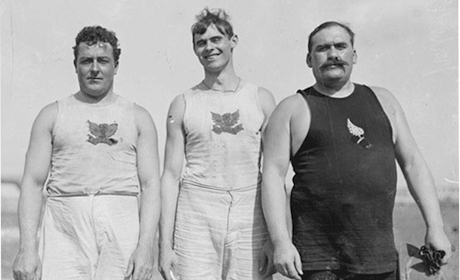 Slate has a fascinating article on how immigrants made the United States an Olympic power in the early years of the games.

The Irish, regarded as vermin by old line Anglo-Saxon families, were excluded from many amateur sporting organizations, so they formed their own New York City outfit, the Irish-American Athletic Club (IAAC) in 1898. Their home field was Celtic Park over in Queens.

The club would later become a training ground for Italians, Jews, African Americans, and other excluded groups, but they didn’t wait until the Civil Rights era to integrate; it had black members before the Titanic went down. While initially derided as lower-class scum by the Ivy Leaguers who ran America’s Olympic movement, the Irish-American Athletic Club atheletes were too good to keep off the team.

It didn’t take long for IAAC members to crack the U.S. Olympics team. By 1908, the Irishmen were already fixtures on the American squad. Most contemporary U.S. coverage of that year’s games focused on American heroism, English perfidy, or both. Three years after the formation of Sinn Fein, less than a decade before the Easter Rising, this was the perfect moment for Irish-Americans to find common cause with their adopted country in hating the English. One highly believable but probably apocryphal tale has IAAC member and discus gold medalist Martin Sheridan egging on U.S. flag-bearer Ralph Rose in his famous refusal to lower the American flag to King Edward VII at the opening ceremony, saying, “This flag dips to no earthly king.” When it came to the controversially heavy boots of the English tug-of-war team, Sheridan, in his column for the New York Evening World, quipped, “The Englishmen had to waddle out on the field like a lot of County Mayo ganders going down to the public pond for a swim.”

But appeals to nationalism weren’t necessary in cementing the IAAC’s fame in London. Members of the club won nearly half of America’s 23 gold medals, including the first awarded to an African-American, relay sprinter John Baxter Taylor Jr. In massive celebratory parades in New York City after the athletes returned to America, Irish flags waved next to American ones and spectators sang “The Wearing of the Green” as well as “The Star-Spangled Banner.”

The Irish athlete used the Irish-American Athletic Club to force the native born to remove barriers to participation, to assert that there was no contradiction in being both Irish and American, and to proclaim that a despised ethnicity had nothing to be ashamed of. They helped forge a path for all outsiders. 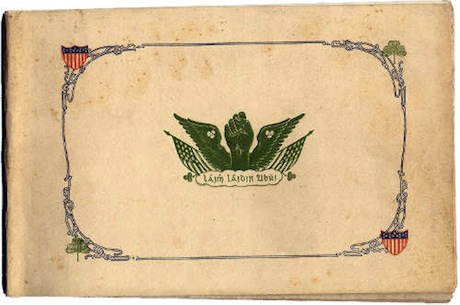 The logo of the Irish American Athletic Club in Queens (Source: NYU)