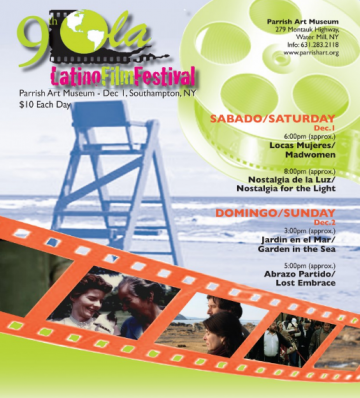 Dir. María Elena Wood (Chile, 2010) 72 minutes
“Locas Mujeres” is a documentary film about the inner world of the Chilean poet Gabriela Mistral and her loving relationship with the New Yorker Doris Dana. Winner of the Audience Choice Award at the Santiago International Film Festival and official selection at the prestigious animation and documentary festival DOKLeipzig in Germany.

Dir. Patricio Guzmán (Chile, 2010) 90 minutes
For his new film, master director Patricio Guzmán travels 10,000 feet above sea level to the driest place on earth, the Atacama Desert, where atop the mountains astronomers from all over the world gather to observe the stars. The sky is so translucent that it allows them to see right to the boundaries of the universe.