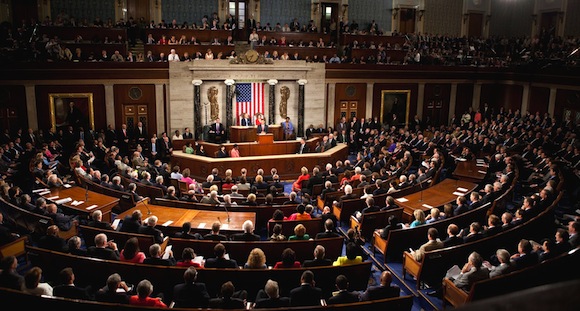 Editor’s Note: The following letter has been sent to the Senate by 319 immigrant rights organizations:

We, the 319 undersigned national, state, and local organizations that support and work with immigrants, write to oppose Lee Francis Cissna’s nomination to the position of Director of U.S. Citizenship and Immigration Services (USCIS). As organizations whose missions include advocating for immigrant rights and working with immigrant communities, we strongly urge you to vote no on Mr. Cissna’s political appointment.

As Director of USCIS, Mr. Cissna will advance President Donald Trump’s cruel policies targeting immigrants. In his confirmation hearing, Mr. Cissna admitted to providing “technical assistance” on President Trump’s executive orders on immigration. These horrific directives, which are currently being implemented by the U.S. Department of Homeland Security (DHS), have declared open season on immigrants, including legal immigrants, and seek to curtail important humanitarian initiatives and due process. Based on his previous statements and body of work, as part of the DHS’s leadership team, Mr. Cissna will likely double down on these policies, which would tear apart immigrant families and communities. Indeed, a vote for Mr. Cissna is a vote for furthering President Trump’s harmful anti-immigrant agenda.

Critically, Mr. Cissna simply does not have the necessary professional qualifications and
managerial experience to serve as Director of USCIS. The Homeland Security Act of 2002
requires the USCIS Director to have “a minimum of 5 years of management experience.”1 Mr. Cissna, a long-time career official at DHS, lacks this critical experience. In Mr. Cissna’s responses to questions for the record, he points to his relatively scant experience managing small teams of people and formulating agency policies as qualifying him for this position.2

This lack of experience is unacceptable. USCIS is an agency charged with overseeing and administering our nation’s immigration and humanitarian relief systems. USCIS employs over 17,000 people in over 200 offices worldwide and operates with a budget of over $3.6 billion.

At the height of his management experience, Mr. Cissna managed only 14 individuals.
With this dearth of experience, Mr. Cissna would be charged with administering and reforming initiatives like USCIS’ Transformation Program, a directive to digitize the agency’s paper-based immigration forms, which was roundly criticized by the Government Accountability Office for problematic implementation, is years overdue, and is over a billion dollars over budget.6 USCIS, its various components, and its product lines require a leader with exceedingly strong management skills.

Experience running small teams for limited periods of time and policy formulation is simply
inadequate for the purposes of directing an agency such as USCIS. Consequently, Mr. Cissna is simply not qualified to lead USCIS.

Lastly, while at DHS, Mr. Cissna was detailed to Senator Chuck Grassley’s office for two years, during which time he contributed to a slew of letters criticizing USCIS for implementing various humanitarian programs and initiatives. These include initiatives that reunited families and protected children facing violence, provided young people with Deferred Action for Childhood Arrivals (DACA) the opportunity to obtain travel documents, and assisted victims of crime, including those affected by domestic and sexual violence.7 While Mr. Cissna stated he would adhere to directives from the White House to continue DACA,8 Mr. Cissna will have incredible latitude in altering guidance governing DACA, including Frequently Asked Questions and the internal Standard Operating Procedures. Tellingly, anti-immigrant groups applauded the announcement of his nomination, including the Center for Immigration Studies, an organization classified as a hate group by the Southern Poverty Law Center.

USCIS is a critical governmental agency that annually processes approximately six million
immigration petitions and applications. USCIS considers and adjudicates the claims of
individuals fleeing violence and persecution in their home countries, ensures that businesses have the workers they need to keep our nation’s economic engine running, and welcomes our country’s newest citizens. Consequently, USCIS must be led by an individual who has the necessary management experience and who has not expressed disapproval over the continued  implementation of family reunification and humanitarian initiatives. For these reasons, we strongly urge you to vote no on Lee Francis Cissna’s nomination for Director of USCIS.

At the very least, we strongly urge you to issue and maintain a “hold” on Mr. Cissna’s
confirmation until Congress and the Administration develop and implement a permanent
legislative solution to address the temporary nature of DACA.