This election marks a victory for President Obama and for so many others up and down the ballot who support fair and commonsense solutions to fixing our broken immigration system.  If you support maximizing the contributions of those who have come to this country looking to work and provide for their families, chances are voters noticed and rewarded you last night.

Latino, Asian and immigrant voters played a huge role in re-electing the President and in helping Democrats hold the Senate. And immigration played a huge role in mobilizing the Latino and immigrant vote. One of the key factors to the success of this election was the unprecedented voter mobilization work by the labor movement, community groups and ethnic communities. Issues mattered, too. Election eve polling conducted by Latino Decisions showed that immigration was a defining and mobilizing issue. It ranked second behind the economy and jobs.

We also need to note the 58-42 victory of Maryland’s state version of the Dream Act, allowing young immigrants who graduate from high school and know America as their home to pay in-state tuition at Maryland’s colleges.  Voters in Maryland resoundingly rejected attacks on immigrants and resoundingly voted for a basic and needed immigration reform.  More than ever, immigration solutions are smart politics. Marylanders can soon expect to discover that it’s smart policy, too, as the state begins to retain more of its most talented high school graduates and see them get to work creating jobs.

Finally, we need to see the results of this election as a challenge—one that President Obama himself apparently recognized when he explicitly called out immigration reform as part of his second-term agenda in his remarks. We agree. The four-year extension that voters granted the President and the trust we’ve put in other elected officials comes with a duty to tackle our most urgent challenges, like fixing our broken immigration system.  As President Obama also himself noted, the duties of the citizen do not end on Election Day.

The 2012 election is a game changer. It produced a mandate for immigration. It’s up to all of us to hold our leaders of both parties accountable for fixing this urgent problem. 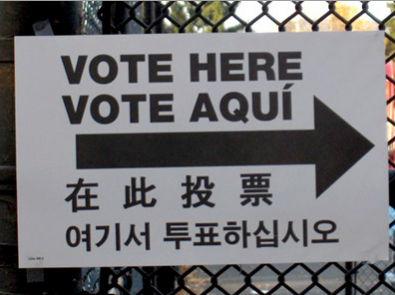