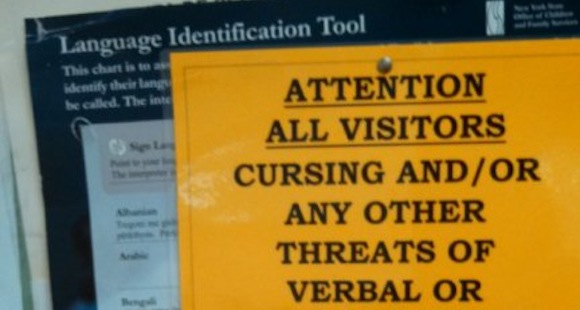 Last year, Nassau County Executive Ed Mangano signed two executive orders aimed at providing greater access to county services to an increasingly diverse population with various language needs. However, more than a year later, few of the promises contained in those orders have been fulfilled.

Executive Orders 67 and 72 required that language access, in the forms of translated documents and interpreters in the six most commonly spoken languages besides English, be available to residents by July 30, 2014.

That deadline has come and gone, and Nassau County seems to have reneged on its legal promises by a country mile.

As of this writing the county has only barely started to phase in language access programs in two agencies—the police department and the Department of Social Services (DSS). Even in those two vital offices many documents are only available in Spanish and English (the six most spoken languages besides English in the county are Spanish, Mandarin Chinese, Italian, Persian, Korean, and Haitian-Creole.)

“They’ve really dropped the ball,” said Cheryl Keshner, head of the Long Island Language Access Coalition (LILAC) and a senior paralegal at the Empire Justice Center. “They’re really far from ready, and we’ve heard anecdotes from citizens in almost every department [that is supposed to comply] that things are the same as they’ve been.

“We were told, along with a lot of other organizations, that we would be consulted and assist in the crafting of these programs, because we have a lot of experience with this,” Keshner said. “And we have never been contacted.”

Jason Starr, director of the Nassau County chapter of the New York Civil Liberties Union, said that while some vital police and DSS documents are available in a few of the six languages, most offices are far from compliant.

“The county took a really important step a year ago with [the executive orders], but there’s been zero outreach or communication since then,” Starr said. “We have no sense as a public as to where they are at all, and everything that I’m seeing and hearing shows me that they’re nowhere near where they should be.”

Brian Nevin, the communications director for Mangano, emailed a series of generalities when asked for comment about Nassau’s slow compliance, saying “DSS has finalized its Language Access Plan and will begin disseminating it to its staff,” and that a number of vital documents are already available in the six languages most spoken. He added that the executive orders will be “rolled-out” through different departments.

Nevin did not respond when emailed about why the county is not meeting the deadline and why all departments are not complying at once. Vital services like those offered by the Office for the Aging, Department of Housing and Homeless Services, and Emergency Management, among others, are nowhere close to compliance.

“We’re not talking just about ‘public benefits’ here,” Starr said. “We’re talking about residents being able to access jobs and employment, about needing to have translators for domestic abuse victims. These are all hugely important in helping residents feel a part of their community, and making them feel safe. And it’s very difficult for them right now.”