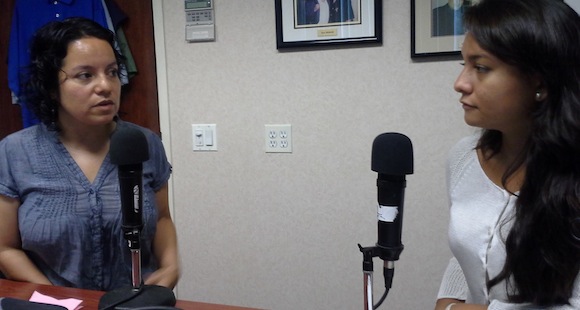 For my July radio segment with CyTUnidos, I interviewed Nadia Marin Molina from the National Day Laborer Organizing Network (NDLON) regarding a very important and sad reality that many immigrants face daily—wage theft. According to Molina, wage theft is very common on Long Island, and nationwide more than 50 percent of day laborers have been victims of the crime.

Molina explained that wage theft is when an employer, regardless of industry, does not pay an employee for his or her labor. This includes not paying an employee any part of an earned paycheck, paying less than the agreed-upon salary, denying overtime, or refusing to offer minimum wage.

Molina strives to educate workers, both documented and undocumented, that they have the right to claim wage theft and get paid their promised salary or minimum wage. However, she noted that workers have been physically and verbally abused by their employers after claiming wage theft. She recommends victims not confront their employer alone—a friend should accompany them as a witness or they should seek help from an organization.

Molina also suggested workers keep track of their hours for evidence, if ever needed. She even encourages workers to take “selfies” at the start and end of their workday to record the place and time. Although a worker does not need a lawyer to claim wage theft at the Federal Department of Labor office, they should be prepared with evidence of the hours they claim to have worked without pay.

The most important thing, Molina said, is for workers to understand that, regardless of their legal status, they have the right to claim wage theft and to be compensated.