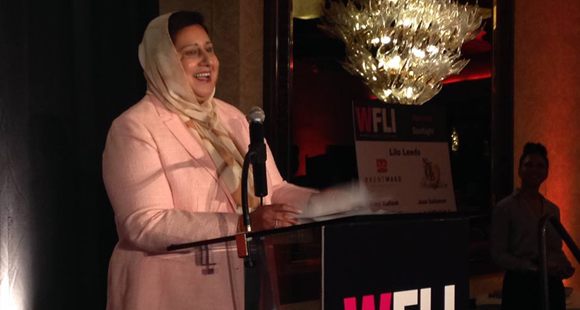 In this post, Chaudhry explains how painful it is for American Muslims to defend their identity and religion, in a time where Islam has become the most politicized religion of the 21st century. She said it has become a challenge to explain that there is no justification in Islam for extremism or terrorism.

My Islam is not terrorists’ Islam

Islam has become the most campaigned-against and politicized religion of the 21st century. Most interestingly, this has become the apparent deal-breaker in the 2016 presidential election — not health care reform, immigration, the economy or foreign policy, but how to demonize, and even dehumanize, Muslims because that is seen as a way to help win the presidency. The political gurus and pundits are feeding on this negativity, and I dare ask, who will pay the price for inciting this hysteria?

As American Muslims, it is painful that we have to defend our Americanism and our religion. Unfortunately, every day, it seems, there is news of a dreadful, cowardly and despicable act of terrorism in the name of Islam. The biggest challenge for mainstream American Muslims when they open the newspaper or turn on their tablets or TVs is how to respond.

Their first reaction is, how do I defend the fact that I am not one of them? How do I defend my religion, which does not endorse violence, extremism or terrorism?

How is a Muslim criminal different from one from any other religious denomination? The typical response — an intelligent one — is that these acts of terrorism are undertaken in the name of Islam. But we all know that this phenomenon is not unique to Islam. History has witnessed horrific evidence of that.

So what is different now? Why is it perplexing for us, despite our intelligence, to distinguish between a religious ideology and exploited and convoluted agendas? We have to challenge ourselves, and stretch our comfort zone, to come to an understanding.

I have no intention to present an intricate conspiracy theory, even though I am a Dan Brown fan. It’s simple: Just like you all, I don’t have the answers, and I am scared, too. But I have promised myself to try to make this world a better place not just for our generation, but the next one, and all of the generations to come. I know this will not be easy, but it is not impossible.

Last week I condemned the terrorist attack on the Catholic Church in St.-Etienne-du-Rouvray, France. I was shocked by the ruthless murder of the Rev. Jacques Hamel. Islam, after all, teaches us to respect the sanctity of other houses of worship and their clergy, and strongly condemns religious extremism and the use of violence against innocent lives. There is no justification in Islam for extremism or terrorism.

As it says in the Quran, “Those who have been driven unjustly from their homes only for saying, ‘Our Lord is God.’ If God did not repel some people by means of others, many monasteries, churches, synagogues, and mosques, where God’s name is much invoked, would have been destroyed. God is sure to help those who help His cause.”

God prescribes in the Quran that Muslims should respect, protect and defend monasteries, churches, synagogues and mosques, because the name of God is revered in these places. According to the teachings of the Quran and the practices of the Prophet Muhammad and the Caliphs, even during the time of tribal warfare there were strict instructions for the respecting of places of worship, and it was made clear that no harm should come to the clergy or anyone taking refuge there. Assurances were given that churches, monks and priests, and their crosses, would be protected: “Neither they, nor the land on which they stand . . . nor their property will be damaged.”

The Quran also reminds us that Christians are our brothers and sisters in faith, and that “… [Y]ou will find nearest of them in affection to the believers those who say, ‘We are Christians.’ That is because among them are priests and monks and because they are not arrogant.”

The Prophet Muhammad taught us about peaceful coexistence and respect for other faiths. He had made many treaties with many monasteries for the safety of Christians. In 628 C.E. he put together a treaty for the monks of St. Catherine’s Monastery, which explicitly mandated their social, cultural, religious, judicial and political rights.

If that way of thinking worked then, why not in the 21st century? Which Quran are the terrorists reading? Which prophet are they following? And why do I have to defend their polluted political agendas in the name of my religion?

ISMA CHAUDHRY, A PHYSICIAN, WAS ELECTED THE FIRST FEMALE PRESIDENT OF THE ISLAMIC CENTER OF LONG ISLAND IN 2015.