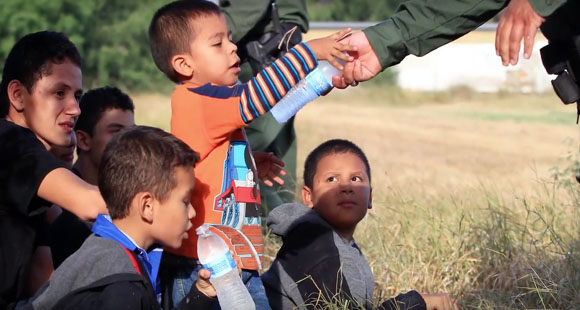 The Obama administration has announced the expansion of a program allowing some Central Americans to apply for asylum in the United States from their home countries. The original program, created in 2014, allowed the children of immigrants living legally in the U.S. to apply for asylum while still living in Guatemala, El Salvador, and Honduras. The expansion would allow some family members of the children to also apply.

Prior to 2014, people who were being persecuted in those three countries could only apply for asylum in the U.S. if they first came to the border and entered illegally. There was no way for any of these refugees to apply for protection in their own countries. In late 2014 this was changed to allow the children of U.S. citizens who were facing persecution to be considered for asylum if they had a parent legally residing in the U.S. The qualifying parent could be a U.S. citizen, permanent resident, or someone with a temporary status like TPS.

The program was designed to reduce the number of children fleeing northward under unsafe conditions through Mexico and then entering the United States without authorization. The program appeared to have some impact on the volume of children coming north in 2015, but its slow implementation led to a loss of faith in it as a way for children to obtain refuge. In many cases, the children are facing imminent threats of violence and long bureaucratic delays did not meet the emergency circumstances that the children live under. Out of 9,500 minors who recently applied for the program, only 2,884 have been approved and only a few hundred children have actually entered the U.S.

The expansion of the program allows the child’s caretaker to accompany the child to the United States. This might be a parent, an older sibling, an uncle or aunt, or a grandparent. Fay Hipsman of the Migration Policy Institute told reporters that the liberal caretaker definition “is recognition that families aren’t the traditional mom, dad, kids, especially in dangerous countries where [traditional families] can get disrupted, or in regions where a lot of parents have migrated to the U.S.”