A little more than a year ago, we launched the LIW Reporting Fellowship program, in which journalists devote several months to covering immigration issues for Long Island Wins.

So far, we’ve had two fellows complete the program: Leslie Josephs, who now reports for Dow Jones Newswires, and Angel Canales, who currently works as an associate producer at HBO.

On behalf of Long Island Wins, I would like to congratulate the recipient of our spring 2011 fellowship, Eliana López.

Eliana is the editor-in-chief of the Spanish-language weekly newspaper Noticia, which covers Nassau and Suffolk counties and is based in Baldwin.

Long Island Wins readers may recognize Eliana’s byline: For the past year, we’ve translated some of her immigration-related articles that she had originally reported for Noticia.

The fellowship this spring is slightly different in nature than the previous two fellowships in that it was intended for a first- or second-generation immigrant living or working on Long Island. Eliana came to the New York area from Colombia in 2005.

Unlike previous fellowships, this one will focus on multimedia reporting, and Eliana will produce three multimedia pieces in the course of her six-month tenure at Long Island Wins. She will also contribute several blog posts each month, with our website serving as an outlet for her English-language reporting.

The Long Island Wins staff is excited to work with Eliana and we look forward to engaging and thought-provoking stories through the spring and summer.

Here’s a short biography on our newest fellow: 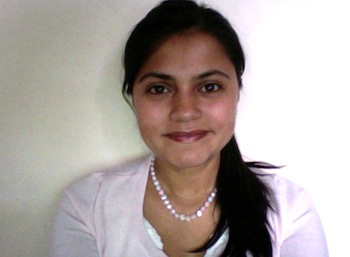 Eliana López was born and raised in Bogota, Colombia and in 2003 she began journalism studies at La Sabana University, one of the most prestigious journalism schools in Colombia.

She came to the United States in 2005 looking for better career and educational opportunities, and four years later she completed a bachelor’s degree at Queens College with a major in media studies and a minor in Spanish.

That year, she began working as a reporter in Noticia Hispanoamericana, a Spanish-language weekly newspaper based in Baldwin, Long Island. At Noticia, she has had the opportunity to cover a diverse range of local stories.

In 2010, Eliana was named editor-in-chief of Noticia, a position that she currently holds.