The Fourth Anniversary of the death of Marcelo Lucero was commemorated in Patchogue on the Sunday after Thanksgiving.  While his death was brutal, his family has chosen to make the memorial vigil an opportunity for healing.  Most of those at the vigil never met Marcelo in life, but they all felt his death as a diminishment to our community. 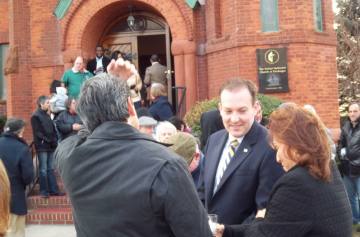 The vigil’s participants assembling outside the United Methodist Church in Patchogue.

Joselo Lucero, Marcelo’s brother, said “four years ago, when my brother was killed, it was a loss not only for my family, but for all the families involved that day. Our community learned something that day. It learned that everyone deserves respect. After the tragic storm three weeks ago, citizens learned that it is the immigrants that are in this country who will be rebuilding Suffolk after Sandy. Immigrant day laborers will be helping to rebuild the homes where you sleep.” 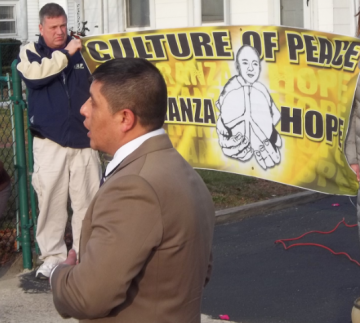 Joselo Lucero spoke at the site of his brother’s killing.

Joselo added that elected officials like County Executive Steve Bellone have responded to the tragic night of November 8, 2008 by changing the tone of discussion about immigration. When the vigil participants processed to the alley by the train station where Marcelo’s dying body was placed in an ambulance, Joselo said; “This [is] the place where my brother was killed and this is the place where change begins.” 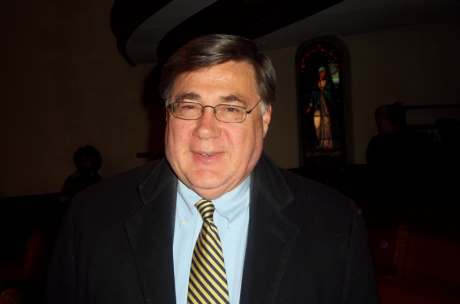 Brookhaven Town Supervisor-Elect Ed Romaine was among those who participated in the vigil and procession.