On April 10th, I participated in the New York Immigrant Coalition (NYIC) rally in Foley square for the National Day of Action for Comprehensive Immigration Reform (CIR). Following the rally, I had the pleasure of interviewing Manny Castro for my monthly segment with CyTUnidos. Manny Castro has been fighting for immigrant issues for over 10 years and is now an organizer for NYIC. 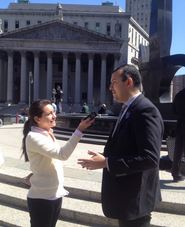 According to Castro the National Day of Action for CIR is very symbolic for the advocacy community, faith leaders, labor unions and community members that gathered at the rally. It was only two months after the 2013 National Day of Action that the Senate passed the immigration reform bill, which has since floundered in the House. Castro noted that many actions were taking place on this day throughout New York and throughout the nation.

Castro encouraged all Long Islanders who are interested in being part of this critical campaign to join immigrant advocacy organizations in their area, many of which are working hard and in great need of volunteers to continue their push for reform. “The more people, the more power we have,” confirmed Castro.

He continued, “We feel confident that there has been a lot of progress, a lot of people participating in this process. It’s not something that just New York City has been working on, but throughout the state and throughout the country. We need to keep fighting. We can’t give up just because we don’t hear positive news right away.

“It’s super important that people keep promoting, keep participating, keep sharing their stories and continue to attend these events, so that our representatives and the people in power capable of passing this reform will realize how significant this is to our communities, and that we will not stop until we see results.” 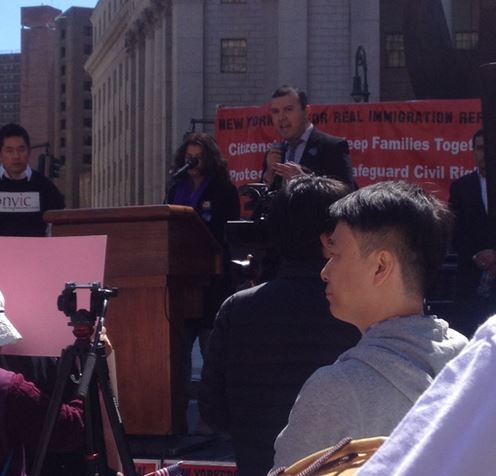