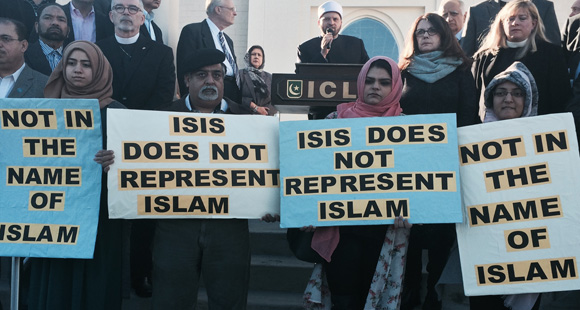 The Muslim community, supported by other religious leaders across Long Island, came together on Friday afternoon at the Islamic Center of Long Island, in Westbury, to denounce the terrorist attacks by ISIS and that ISIS does not speak for or represent Islam in any way.

“Not in the name of Islam,” was one of the signs displayed during the demonstration Friday.

They called for respect for the Islamic religion and deny all misconceptions that Muslims are terrorist. They also called for unity among all faiths against terrorism.

“This is a small group of self proclaimed people, a small group of criminals who in the name of Islam have done barbarian acts of violence. We as Muslims strongly condemn these non-Islamic actions. This is not Islam,” said Isma Habib Chaudhry, President of the Islamic Center of Long Island. 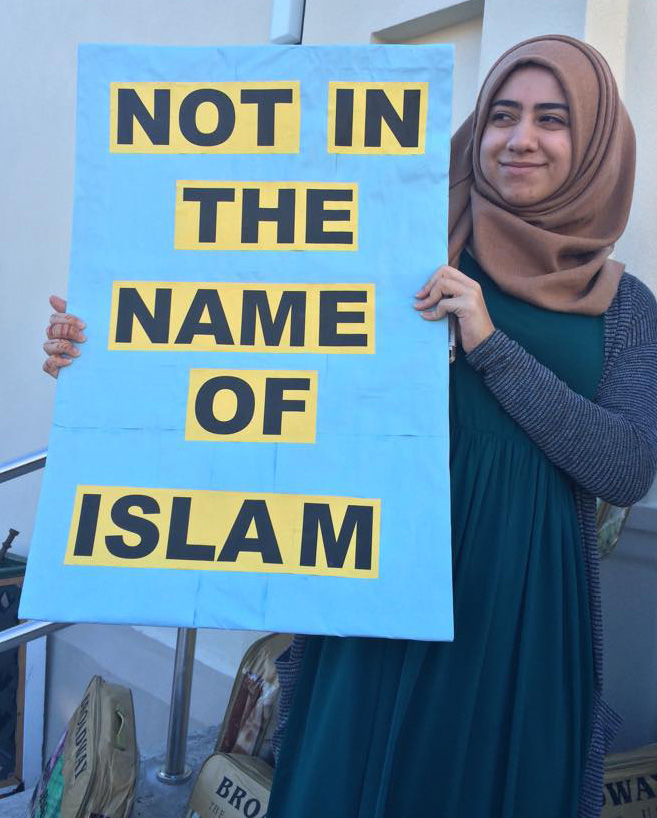 Hundreds of people have died as a result of terrorist attacks that have occurred in the last two weeks in Paris, Beirut and the downing of the Russian plane. Those attacks have been attributed to ISIS, which has been responsible for extreme acts of violence in Syria and Iraq. The terrorism in Syria has caused thousands of people to escape their country as refugees and migrate to other nations in Europe and around the world.

The press conference at the Islamic Center of Long Island on Friday was one of the many events that happened around the country, representing the 1.6 billion Muslims worldwide, according to the organizers. They condemned the terrorist attacks, but most importantly they wanted people to understand what the Islamic religion really means.

“We are all united to speak up against terrorism of all source,” said Imam Negm, advisor to the Grand Mufti of Egypt and advisor to the Islamic Center of Long Island. “Islam is a faith that promotes peace, that brings about stability to society, not the destructive image of Islam that is propagated by this radical few which has created hatred and terror in the world,” he said.

Negm also said that Muslims need to be part of the solution in order to defeat terror.

“We cannot combat violent extremism without the help of Muslims and we cannot be pushed back and be excluded from the conversation,” Negm said. “This event to educate our community is part of an initiative that Muslims are part of the solution and we are opening our mind and our hearts for others to come and join us so that we can rid America and the world of these men.”

The attacks in Paris two weeks ago resulted in the death of more than a hundred victims. French authorities said ISIS was responsible and that at least one of the attackers had entered France as a Syrian refugee.

As a result of this, people in the United States have been overreacting and very skeptical about Syrian refugees coming to the United States. Politicians have been misinformed and confusing the public with fear-based and anti-immigrant rhetoric about the refugees, who are the real victims escaping the very violence in their own country that we have seen by ISIS in the past few weeks. 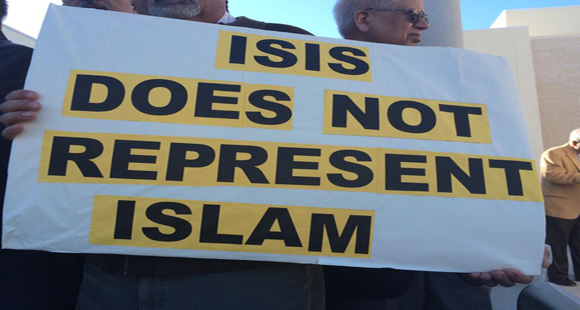 Other religious leaders present at the conference called for compassion for the Syrian refugees.

“We are taught as Christians that Christ himself is found among the strangers, the outcast, the refugees, and that we will be judged by how we behave toward these people at times precisely like these,” said Rev. Mark J. Lukens from the Bethany Congregational Church in East Rockaway. “We are united in calling to our nation to open their arms to the desperate and vulnerable people that are trying to escape terrorism and violence in Syria and in the Middle East and honor our great heritage as a nation of immigrants and seekers of liberty.”

“We stand with the Islamic Center of Long Island to say that we deplore violence and that what we care about is compassion and peace in working together to end terrorism and this hatred,” said Rabbi Andrew Gordon of Temple Sinai in Roslyn. “We believe that this is a time when we come together as a community and as a country that there are Syrian refugees that are experiencing great war and violence and it is an opportunity for our country to welcome them, to make sure that all are safe.

“ISIS wants to divide us and wants to involve us all in hatred the way their people are hated and our purpose standing here together in unity that we will not be divided,” said Monsignor Donald Beckman, from the dioceses of Rockville Centre.