Ahead of the Senate’s historic vote on Thursday on comprehensive immigration reform, Long Island Wins along with allies, community leaders and immigrants gathered in Brentwood for a press conference calling on our elected officials to pass immigration reform. 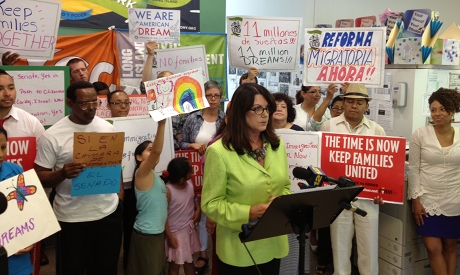 The Senate is expected to vote on the bill by Thursday afternoon. It’s largely expected that the bill will pass the Senate before moving to the conservative-leaning House of Representatives, where it will face a tough task ahead.

It’s likely that the House will try to make immigration reform much more conservative and much more difficult, possibly affecting the earned path to citizenship for our nation’s 11 million undocumented immigrants.

Long Island Wins and our allies will be working hard to make sure the final bill is the best it can be.

“This bill has to be just and fair and it has to be commonsense,” Slutsky said. 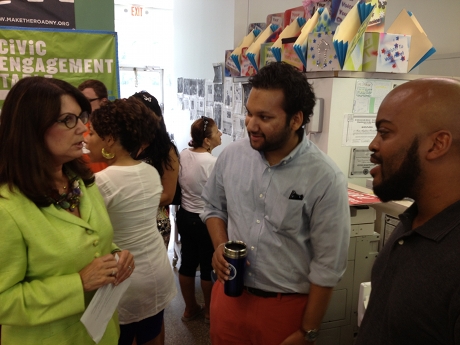