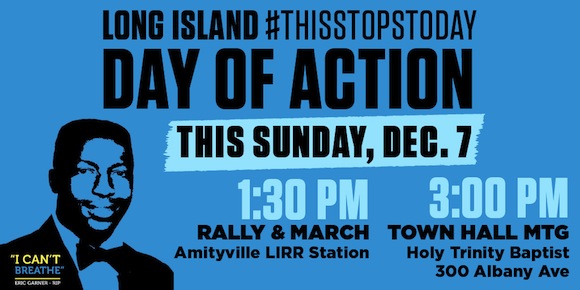 On Sunday, hundreds of Long Islanders will come together for a march and vigil in Amityville in the wake of a grand jury’s failure to indict the Staten Island police officer who killed Eric Garner. They are speaking out against the miscarriage of justice and demanding police accountability.

The decision came little more than a week after another grand jury ruled it would not indict Officer Darren Wilson, the Ferguson, Mo. police officer who shot Michael Brown 12 times.

Long Islanders know the issue of police brutality all too well. From the beating of Kyle Howell in Nassau County to the killing of Kenny Lazo in Suffolk County, and the abuses of power by former Suffolk Police Sergeant Scott Greene, abusive and racially-disparate policing is a troubling fact of life for Long Island’s communities of color.

“Every week we are hearing new issues with police brutality and people who losing their lives. There is a strong sense that we need to do something on Long Island,” said Jason Starr, Nassau County chapter director of the New York Civil Liberties Union.

Community members will gather for a rally at the Amityville train station at 1:30 p.m. and march to the Holy Trinity Baptist Church for a prayer vigil at 3 p.m. 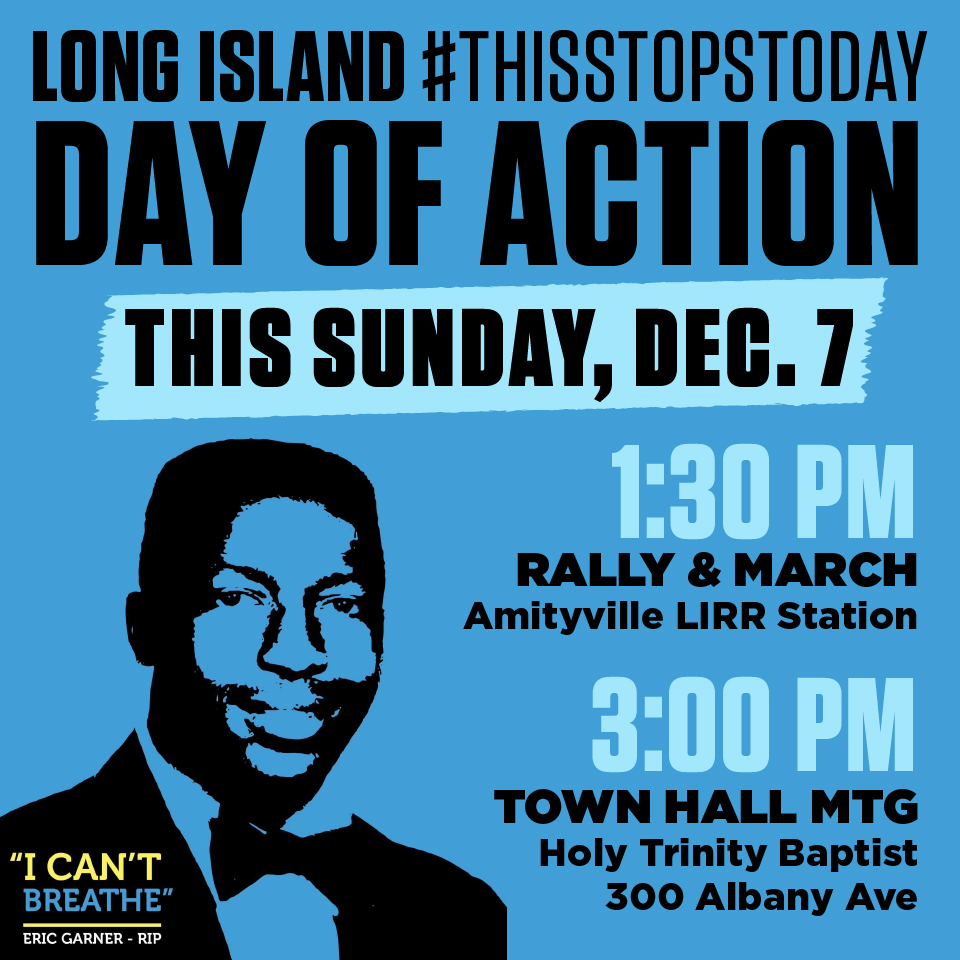