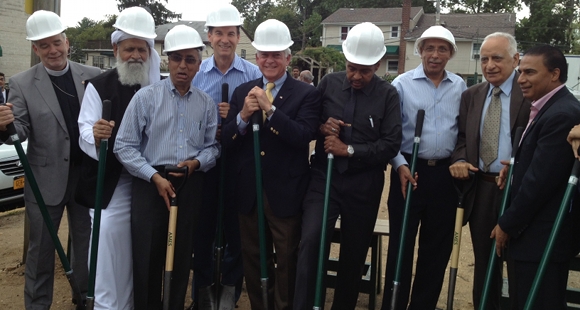 Long Island Wins has worked closely with the ICLI over the past few years as part of our mission to promote mutual respect and cooperation between immigrant, non-immigrant and interfaith Long Island communities.

The ICLI is the oldest mosque on Long Island. This expansion will provide classrooms for its growing congregation, an interfaith center, a space for seniors and a recreation center.

Many gathered at the mosque to celebrate this historic groundbreaking: ICLI congregants, faith leaders from diverse traditions and about a dozen local officials.