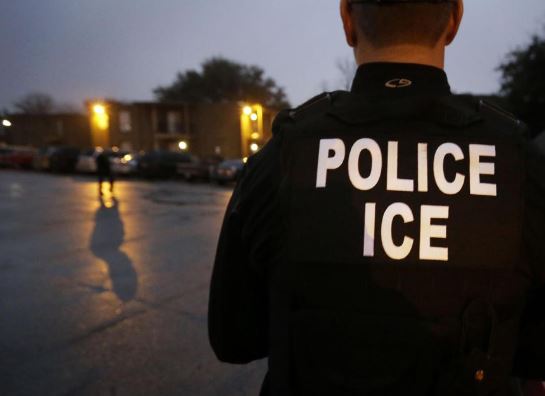 Yesterday, Donald Trump boasted about the success of the ICE raids he promised would take place on Sunday. Trump told reporters that, “Many, many were taken out on Sunday; you just didn’t know about it…It was a very successful day, but you didn’t see a lot of it.” In fact, there seemed to be little ICE activity Sunday at all.

ICE conduct some raids beginning on Saturday, but a majority appear to have been failures. In raid after raid, report say, ICE went to residences to capture immigrants, but the immigrants refused to let them in. Because ICE officers typically don’t bring the required judicial warrant needed to force entry, the ICE agents have left. That appears to have been the case in a raid on Saturday in the Sunset Park neighborhood in Brooklyn.

This New York Times report of a failed raid in Houston is typical of what we are hearing reported from around the country:

Shortly before 7 a.m. Monday, Ms. Garcia was sitting in her car near her family’s apartment, in a largely Hispanic section of southwest Houston about 15 miles from downtown. She saw four Immigration and Customs Enforcement agents walk by — one dressed in camouflage fatigues and the others wearing black T-shirts and bulletproof vests. They were knocking on apartment doors. She took a picture of the agents with her phone, posted it to her Facebook page and notified some of her neighbors.

At least one of her neighbors saw Ms. Garcia’s picture and heard about her warnings — the family slid the chain closed on their door. When the agents knocked on the door, the family — an undocumented Honduran man and his wife, along with their American-born children and another relative — kept silent and never opened it. After a minute or two, the agents left.

“I wasn’t scared,” Ms. Garcia said. “I was scared for my neighbors.” She added, “Nobody opened the door.”

The key advice to immigrants: If ICE comes to your home DON’T OPEN THE DOOR.

We have received scattered reports of ICE activity on Long Island and elsewhere in the New York region. Check back to the Long Island Wins homepage regularly for the latest.