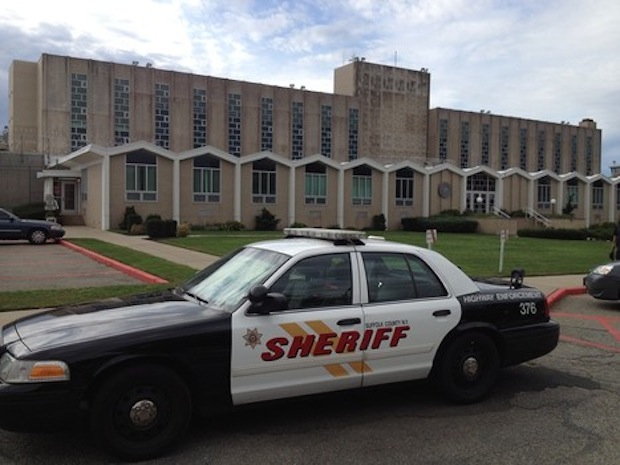 The New York State Appellate Division Court issued a judgement today finding the holding of immigrants by local and state police on ICE detainers and non-judicial immigration orders is illegal. Law enforcement agencies in both Nassau and Suffolk counties have since Donald Trump made immigration into a hot button issue been holding immigrants in county jails for ICE to pick-up and deport. These include many immigrants with no reason to be detained under the criminal laws.

The habeas corpus action was brought by the New York Civil Liberties Union (NYCLU) against Suffolk County. New York State law mandates that local law enforcement can only arrest a person for state criminal violations. While the Suffolk Police claim that initial arrests are not made for solely immigration law violations, if a person detained for a crime is on an ICE detainer the Sheriff’s Department will hold that individual at the county jail even if they are acquitted of criminal charges or ordered released by a criminal court judge.

Suffolk County argued that it was not arresting the immigrants based on the Ice detainers, merely holding them 48 additional hours for ICE to arrest them. The Appellate Division, however, ruled that once there is no longer a state criminal reason for detention, any further detention constitutes a new arrest.

The person on whose behalf the legal action was filed was an Indian immigrant who appeared in court and pled guilty to a misdemeanor and was sentenced to “time served.” This would ordinarily have led to an immediate release from custody. Instead, according to the court, “he was retained in custody and returned to the Riverhead facility for further detention.” This, said the court in a unanimous decision,  subjected [him] to a new arrest and seizure under both New York law and the Fourth Amendment of the United States Constitution.”

ICE detainers and ICE arrest warrants are not designed to enforce either state or Federal criminal laws. They are purely civil in nature and do not even allege violations of the criminal law. Until recently almost no local police forces enforced these civil warrants. They are not issued by a judge and are products of purely administrative processes in ICE.

In New York State, police officers and sheriffs’ deputies are not authorized to arrest based only on a non-judicial warrant. They are also not allowed to arrest people for non-criminal matters. The immigration violations alleged in ICE warrants are, said the Appellate Division, “Immigration violations, and are not crimes but rather are civil matters.”

The Appellate Division concluded “that the Sheriff’s policy, issued on December 2, 2016, directing the retention of prisoners, who would otherwise be released, pursuant to ICE detainers and administrative warrants is unlawful, and that [the immigrant’s] detention by the Sheriff on December 11, 2017, which detention commenced after the termination of Francis’s court proceeding that day, was thus unlawful.”

Suffolk County Sheriff Toulon has repeatedly stated that even if a detainee is acquitted of all criminal charges, that person will be held in jail for days for ICE to pick up. County Executive Curran, while less clear on the Nassau County jail’s policies, has failed to insure that the county is no longer violating state and Federal law by detaining immigrants with no pending criminal matters.