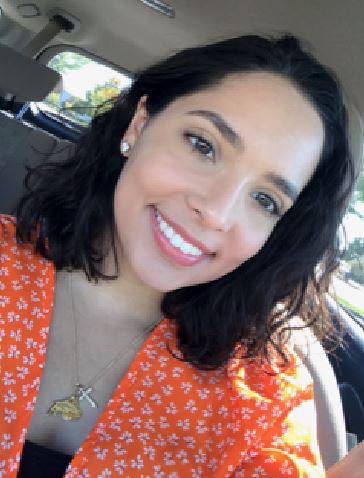 They Take Them Away

My Barbie doll lived in such a perfect world. She had all the shoes and clothes she could ever want, and travel to where ever in the world she desired to, with whom ever. It must be nice to live in a world with such freedom of expression—to be whoever you wanted to be… no hiding.

As my tiny toys were scattered all over the floor, the phone began to ring. I overheard my mom quickly say somethings in Spanish: “¿A dónde? ¿Ya?” Where? Now?

She ran through the living room, stepping on all of Barbie’s perfect world, and threw the door open.

“Ya vengo. No te muevas de ahí,” she commanded, I’ll be back, don’t move from there, as I nodded in response.

I froze. Everything froze. But once the world unfroze, all I heard was yelling and running and cars honking. I crept closer to the front door where I was able to see everyone running. Running away from something greater than them. Out of breath, my mom came rushing back into the apartment.

I ran to the kitchen to get a bottle of water from the fridge. And as she said that to me, two people came in carrying an elderly woman between the two of them. Her face was as white as clouds on a sunny day. Her cheeks were as red as ripe tomatoes. Her hair was disheveled and sweat rolled down her face as fast as the tears rolling out of the eyes that surrounded us at that moment.

Who was this woman? Did I know her? I felt like I did know her. Was she someone’s mom? Someone’s sister? Someone’s grandma? She looked like a grandma, the kind of grandma that cooks really good and gives the world’s best hugs. Why was she crying now? I don’t get it. What’s going on?

“Mami, ¿qué está pasando? ¿Mami?” What’s happening? I repeated, as she continued to talk to everyone else in the room but me.

At this point the apartment was filled with people. People I knew and people I didn’t know. All the people looked like me. They could be family. Are they family?

“Cierren la puerta,” Close the door, my mom commanded. “Tranquila, tranquila,” she repeated, “Todo va estar bien,” There, there, everything will be okay.

My mom went into Mom mode and pulled the older woman closer to her chest. And as she did this the woman was crying hysterically.

“¿Todo va estar bien?” Everything will be okay?

“¡Lo sabia! ¡Yo lo sabia!” I knew, I knew it! announced one of the people in the room, “Yo veía cómo se ponía la calle de vacía, a esta hora nunca está vacía. ¿La Quinta?” I saw how the street began to get empty, at that hour it’s never empty. Fifth Avenue?

La Quinta es el corazón del pueblo. Fifth Avenue is the heart of town. It had everything you needed and was safe enough for anyone to go to. We have the local Salumed Farmacia, una carnicería or butcher shop every three blocks, Tijeras de Oro and Nueva Imagen, the local beauty salons, Shears of Gold and New Image. A deli. A bodega. Un mecánico, a mechanic. Deli. Bodega. Pollo Campero. Deli. Bodega. And plenty of churches, of all religions, because God is central to our culture. Que Dios nos bendiga. May God bless us.

La Quinta unía al pueblo. Fifth Avenue united the town. All four sections of the town met at this long road. The road that brought in more than could be taken away. The road that our only parade, the Hispanic Heritage Parade, proudly rode down passing all of the side streets—Arizona, Wisconsin, Michigan, New Hampshire. Ironic that all these streets are named after states we’ve never been to or would ever go to because we can’t really leave. It’s safe here. All we need is La Quinta.

“¡Nunca! A esta hora nunca está vacía. La migra era.” Never! It is never empty at this time. It was immigration.

¿La migra? ¿Qué migra? Immigration, what immigration? I thought to myself.

“Viene a llevarse a cualquiera, no les importa la familia.” They come to take anyone, they don’t care about family.